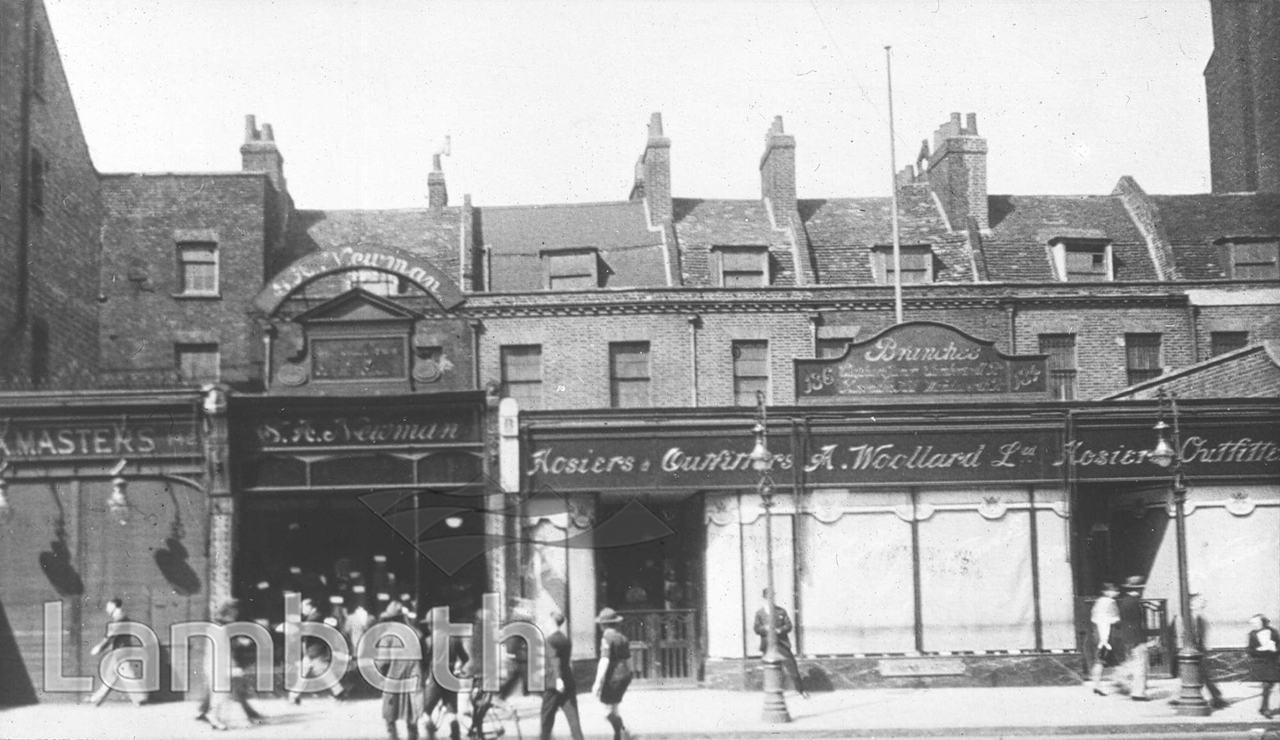 Georgian terraced housing with later shops built across the front gardens. The central house here, above the words 'Hosiers & Outfitters', was the home from 1788-1835 of Elizabeth Cook. She was the widow of Captain James Cook and lived here with her cousin, Admiral Isaac Smith, who as a boy accompanied Cook on his Endeavour voyage and is considered to be the first Englishman to set foot in Australia. Although a friend wrote that 'she lives in high style at Clapham and keeps a footman', on four days of each year, the anniversaries of the deaths of her husband and three sons, she fasted alone her room, with her bible, her memories and prayers. She died in 1835, leaving Â£700 to the poor of Clapham. Scan of a negative from the Clapham Antiquarian Society.
#1926 - 1950  #CLAPHAM  #Clapham Antiquarian Society  #GROUPS AND SOCIETIES  #HOUSING  #ORGANISATIONS  #Photograph  #SHOPS AND SHOPPING
⇐12 OLD TOWN, CL...