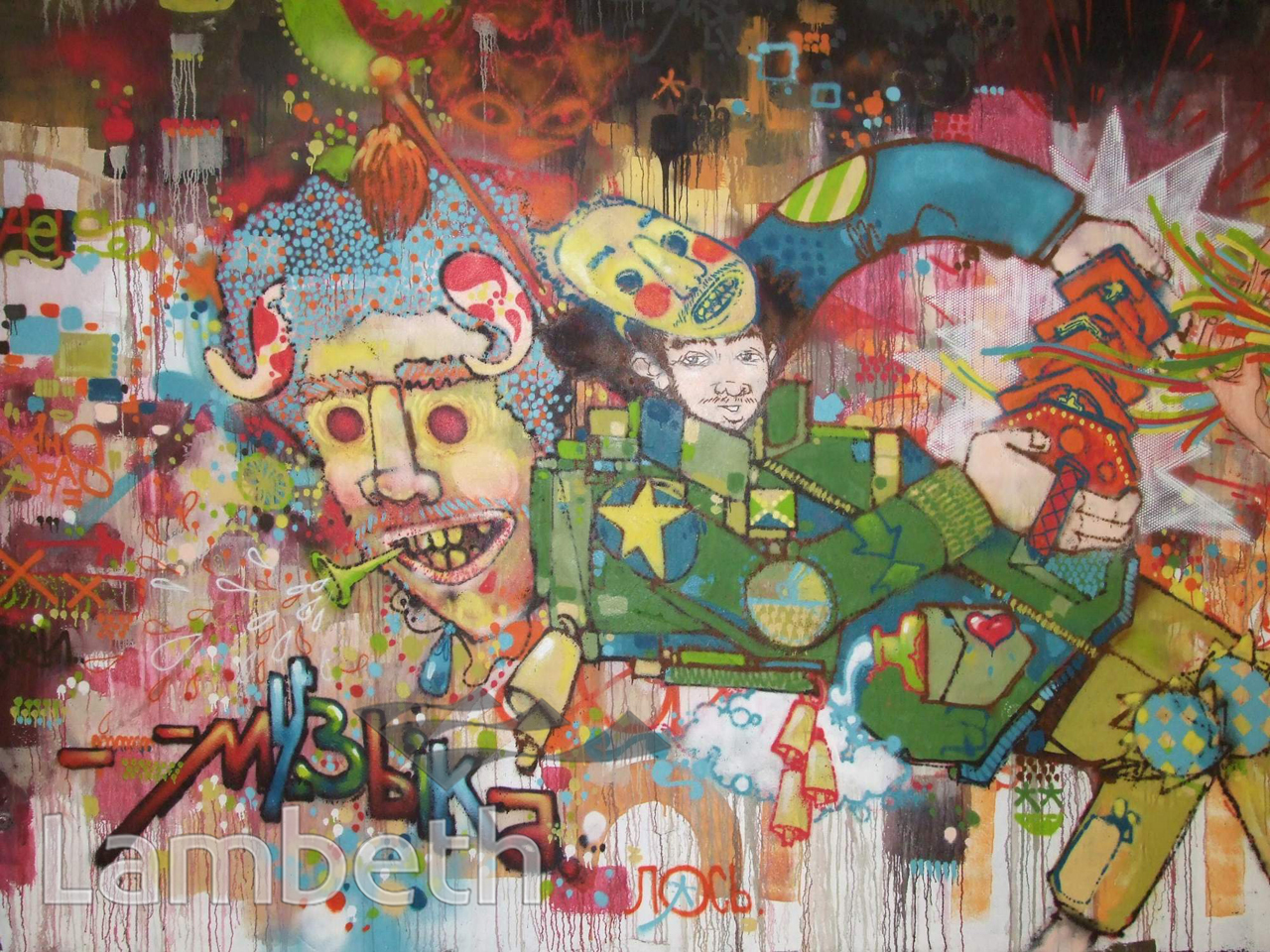 Artwork by Elph for August 2008's Cans Recycled Festival in Leake Street, Waterloo. The design was based on a Hungarian folk festival. The tunnel was initally used for the Cans Festival in May, however, due to the ephemeral nature of street art, most artworks only survived for a short time before being obliterated by tags or new works. Digital image dated August 2008.From the Graffiti Gallery, recording Lambeth's urban art.
#1976 to date  #Digital  #ENTERTAINMENT  #STREET FURNITURE  #TRANSPORT  #WATERLOO
⇐RUGMAN ARTWORK,...