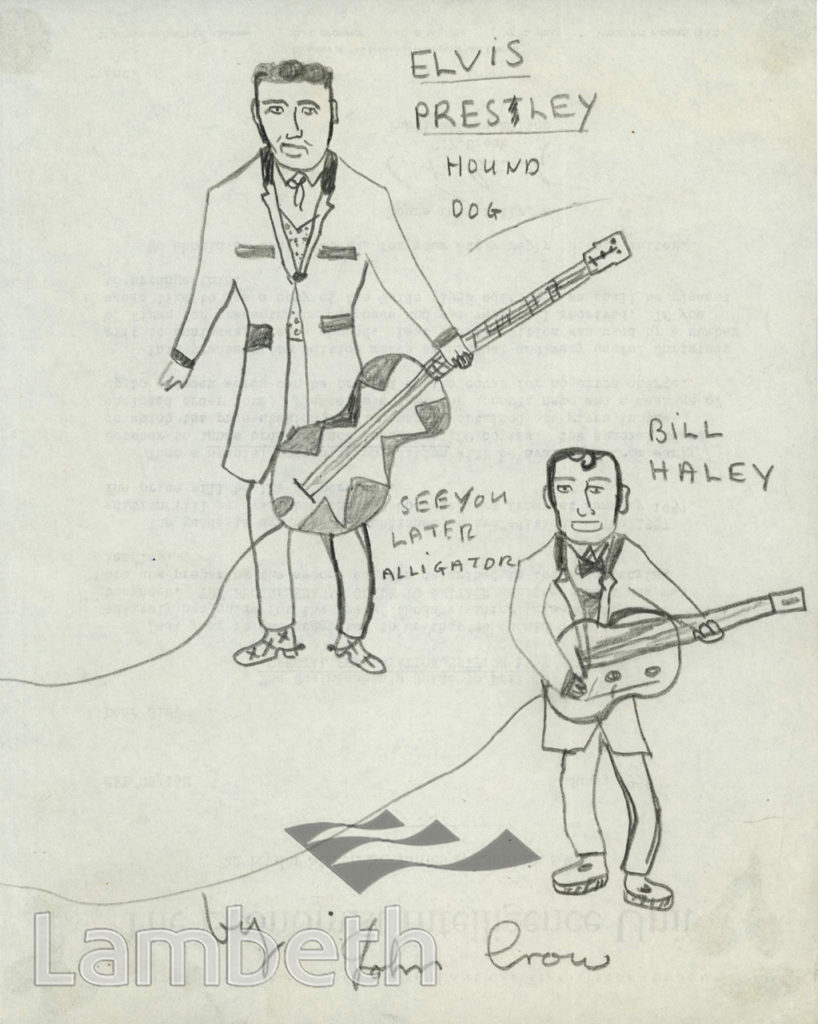 Elvis Presley 'Hound Dog' and Bill Haley 'See You Later Alligator' drawn by John Crow for the 'Wall Magazine' at the Lollard Adventure Playground, Lambeth. The content of the magazine was decided each week by children acting as an editorial board and was one of many activities staged for local children at the playground. This community-led initiative begun in 1955 on a bombsite was run by a voluntary association supported by grants and fund raising. The playground site was replaced in the 1960s by the Lilian Baylis School.Ref: IV 251/1/22