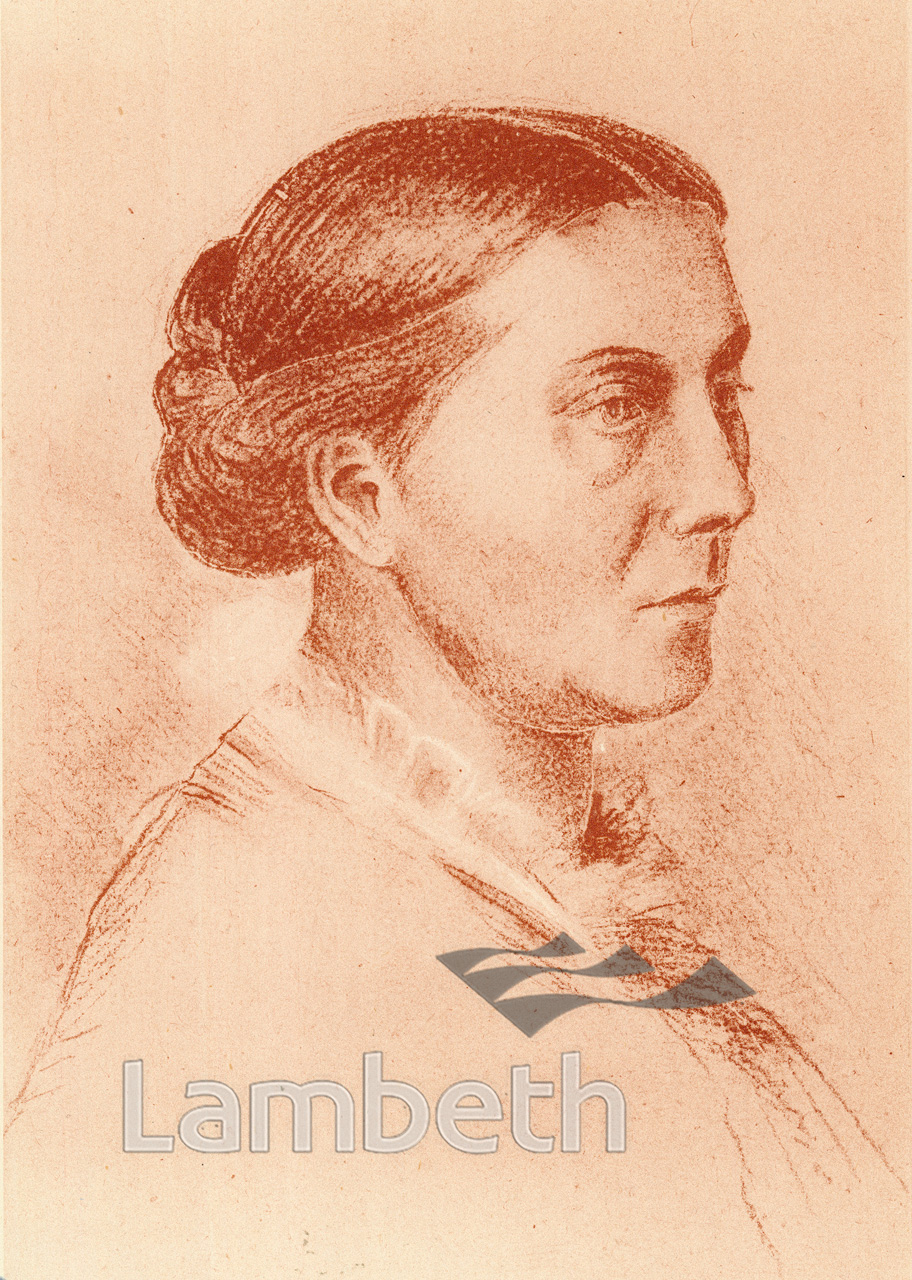 Emma Cons (1838-1912) was founder of the Old Vic Theatre and Hon. Secretary of Morley College. She also founded the first women's Horticultural College at Swanley and served on various Royal Commissions dealing with schools and reformatories. She left a legacy for improving housing and education, and as a result of her work at the Old Vic laid the foundations for the National Theatre, The English National Opera and the Royal Ballet. Portrait by Sir William Rothstein from 'A Theatre for Everybody' by Edward Dent, 1945.
#1901 - 1925  #CONS- Emma  #ENTERTAINMENT  #Print  #WATERLOO
⇐WOODVALE &...