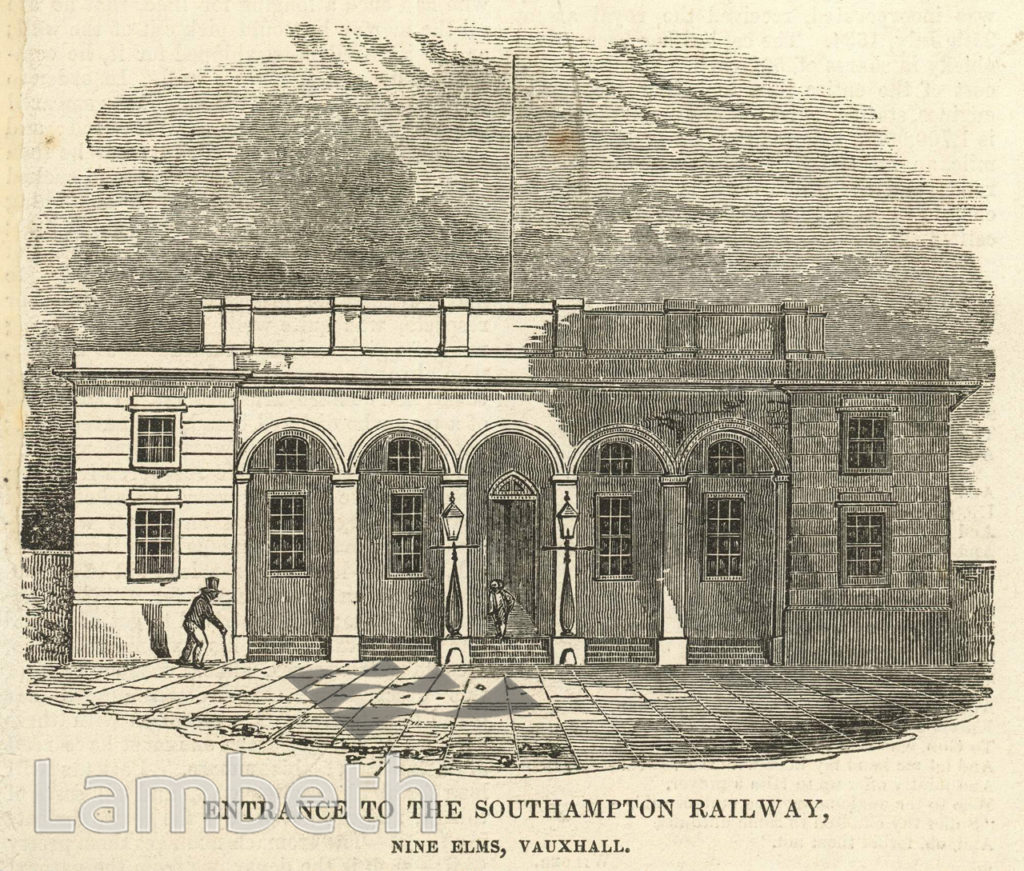 The entrance to the Southampton Railway station at Nine Elms, Vauxhall. The London and Southampton rail-road was opened on 21st May 1838 initially as far as Woking Common and extended to Vauxhall the following year. The article informs; 'The mind is lost in amazement and suspense while contemplating the results that will be produced by the introduction of travelling by steam...' and then describes how the passenger travels by train; 'On entering the great station-house, the passenger pays his fare to the clerk....and receives a ticket, which he will have to give up on alighting. If a first-class passenger, he will be shewn into one of the close coach-like-looking carriages, with glazed windows; if a second class passenger, into one of those open at the sides. Five minutes before the time of starting, a bell is rung as a signal for passengers to take their seats...'Newsprint from The Mirror, dated 14th September 1839Ref: SP20/174/NIN.3