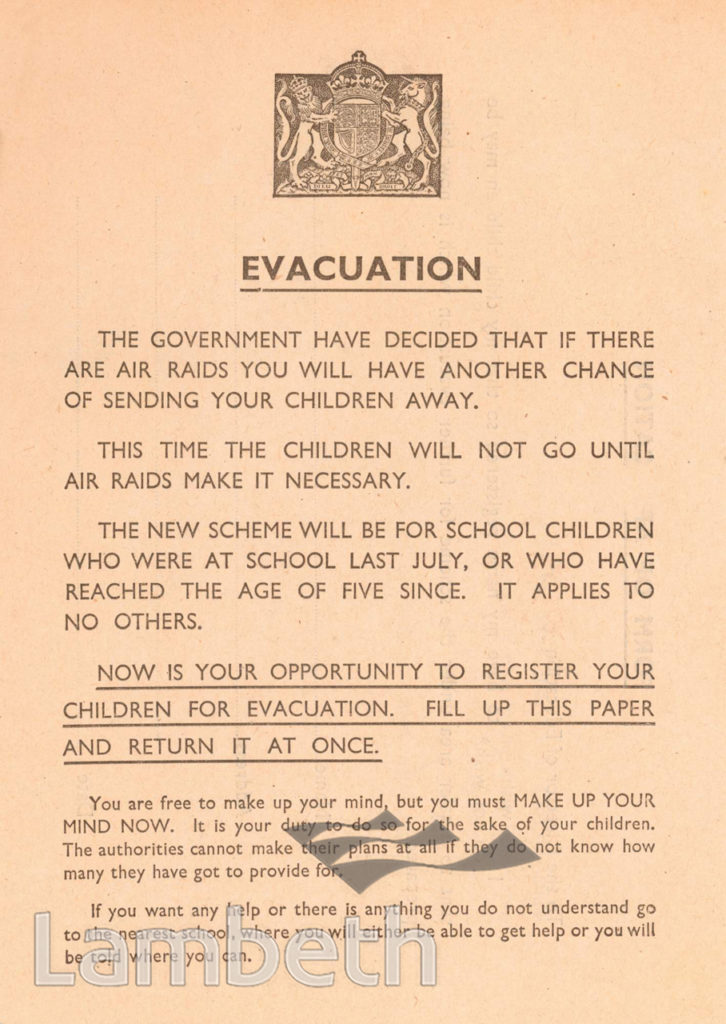 Leaflet advising parents to register their children over the age of 5 for evacuation from London due to the danger posed by air raids. The first evacuation took place in September 1939 when almost three million people were moved from the major cities to places of safety in the countryside and at seaside resorts. It was named 'Operation Pied Piper' and the householders who took in billets received a Government allowance of 10s 6d (55p) per week.From a series of albums containing newspaper and magazine clippings, assorted ephemera and a diary, kept by Mrs Lucy Awdry of 14 Franconia Road, Clapham, for the duration of World War II and recording wartime life in London. During the war Mrs Awdry volunteered with the Women's Voluntary Service (WVS) assisting with fire watch duties, and also at the Clapham War Savings Centre. Included in the Lambeth Archives Home Front project 2005.Ref: IV/169/Vol.2