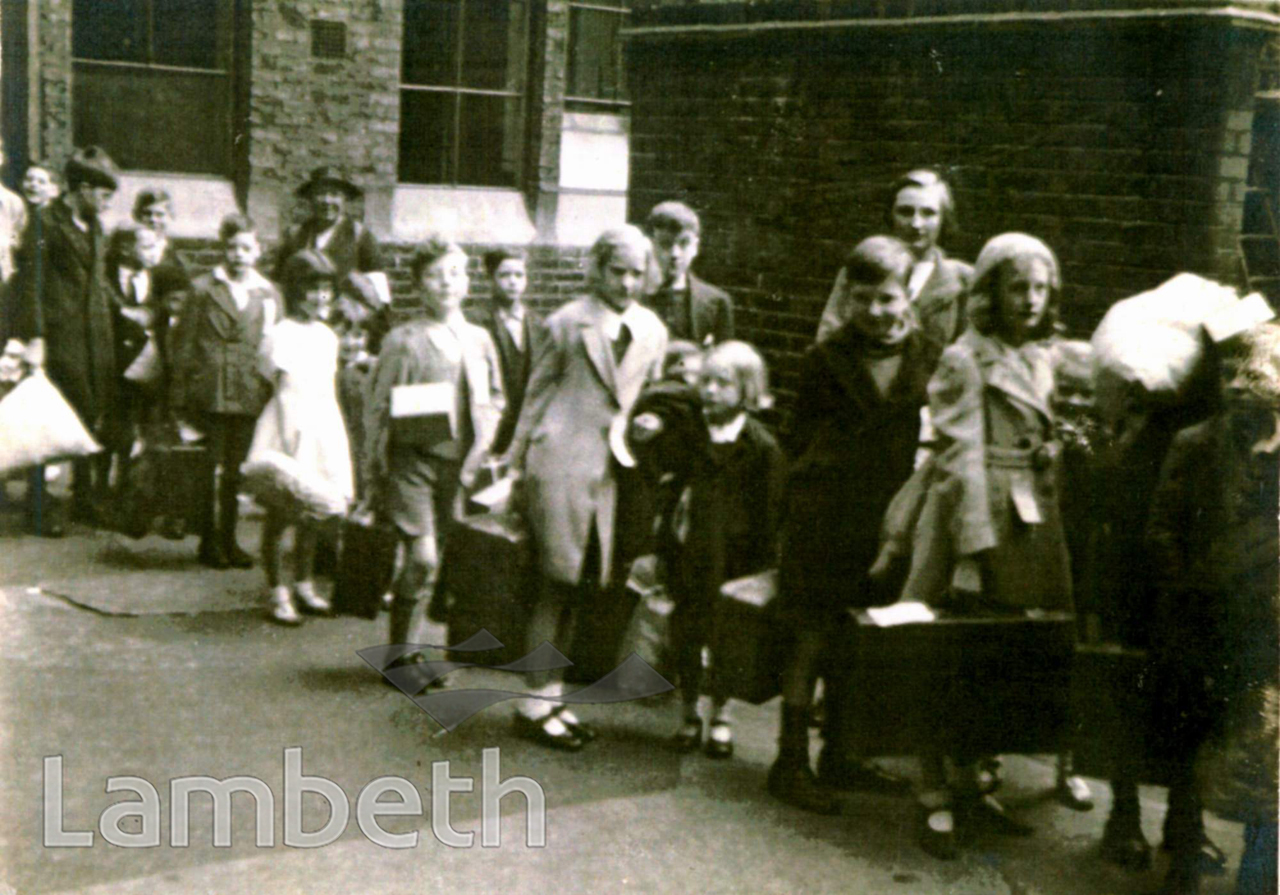 Children from St Andrew's School, Roupell Street being setting off to Waterloo Station for evacuation. They were escorted to Midhurst by their teacher Bill Wilson where he resumed their lessons in a chapel. The first evacuation took place in September 1939 when almost three million people were moved from the major cities to places of safety in the countryside and to seaside resorts. It was named 'Operation Pied Piper' and the householders who took in billets received a Government allowance of 10s 6d (55p) per week.From 'Good Taste' magazine for women. Digital image by kind permission of Bill Wilson. From the Lambeth Archives Home Front project 2005.
#1926 - 1950  #EDUCATION  #Home Front Project 2005  #Photograph  #WAR AND ARMED FORCES
⇐CLAPHAM WOMEN W... 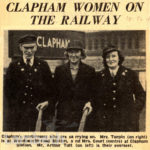