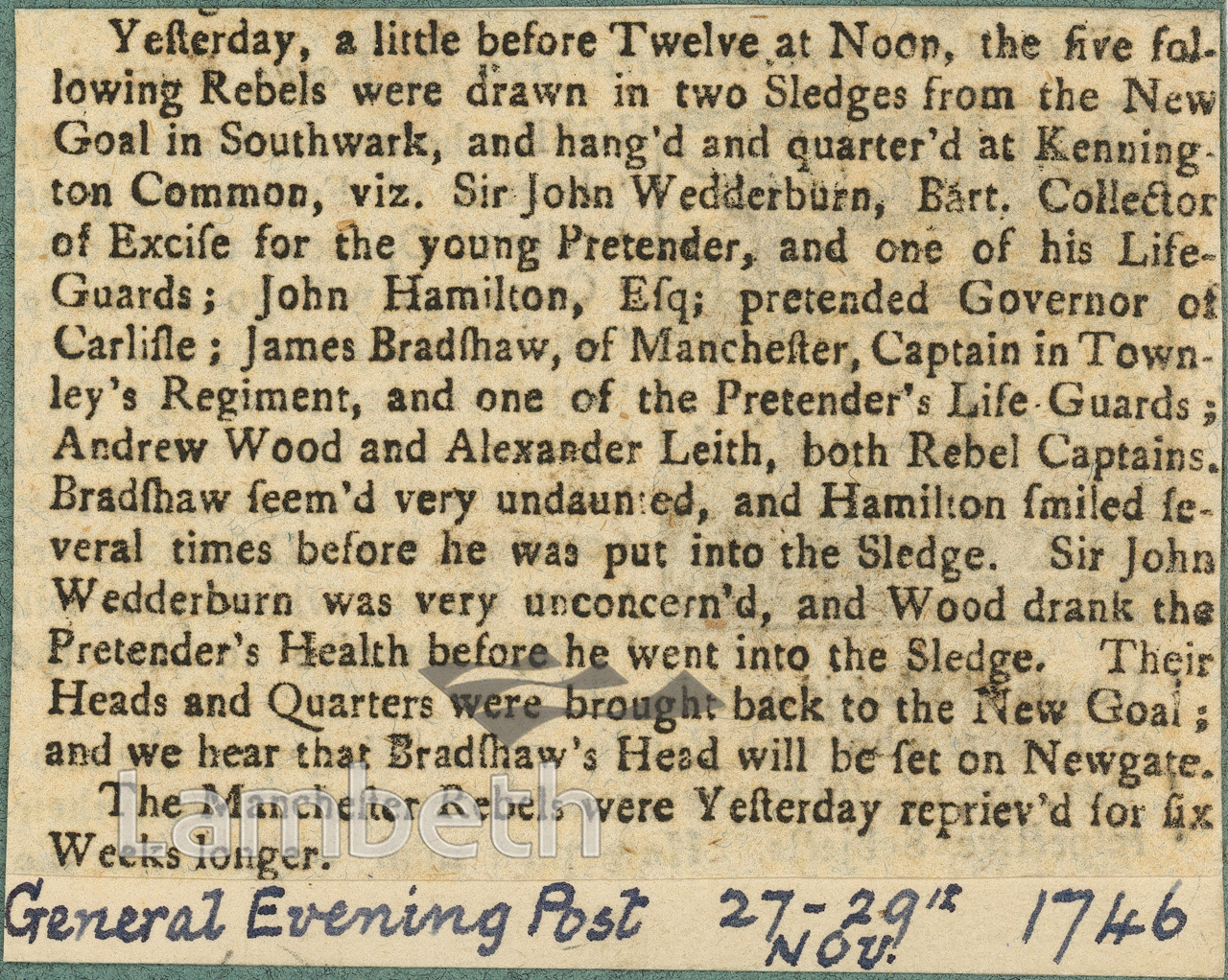 A newspaper article on the execution at Kennington gallows of five Jacobite rebels, including Sir John Wedderburn who was part of the 1745 rebellion in support of Charles Edward Stuart. He was captured at the Battle of Culloden. Also executed was the Collector of Excise for the Young Pretender. The five men were drawn on two sledges from the New Goal in Southwark to Kennington, where they were 'hang'd and quarter'd'. Their heads and quarters were brought back to the goal with one head to be displayed at Newgate Goal. From General Evening Post, dated 27-29th August 1746.
#-Before 1850  #KENNINGTON  #LAW AND ORDER  #Print
⇐MAP OF PROPOSED...