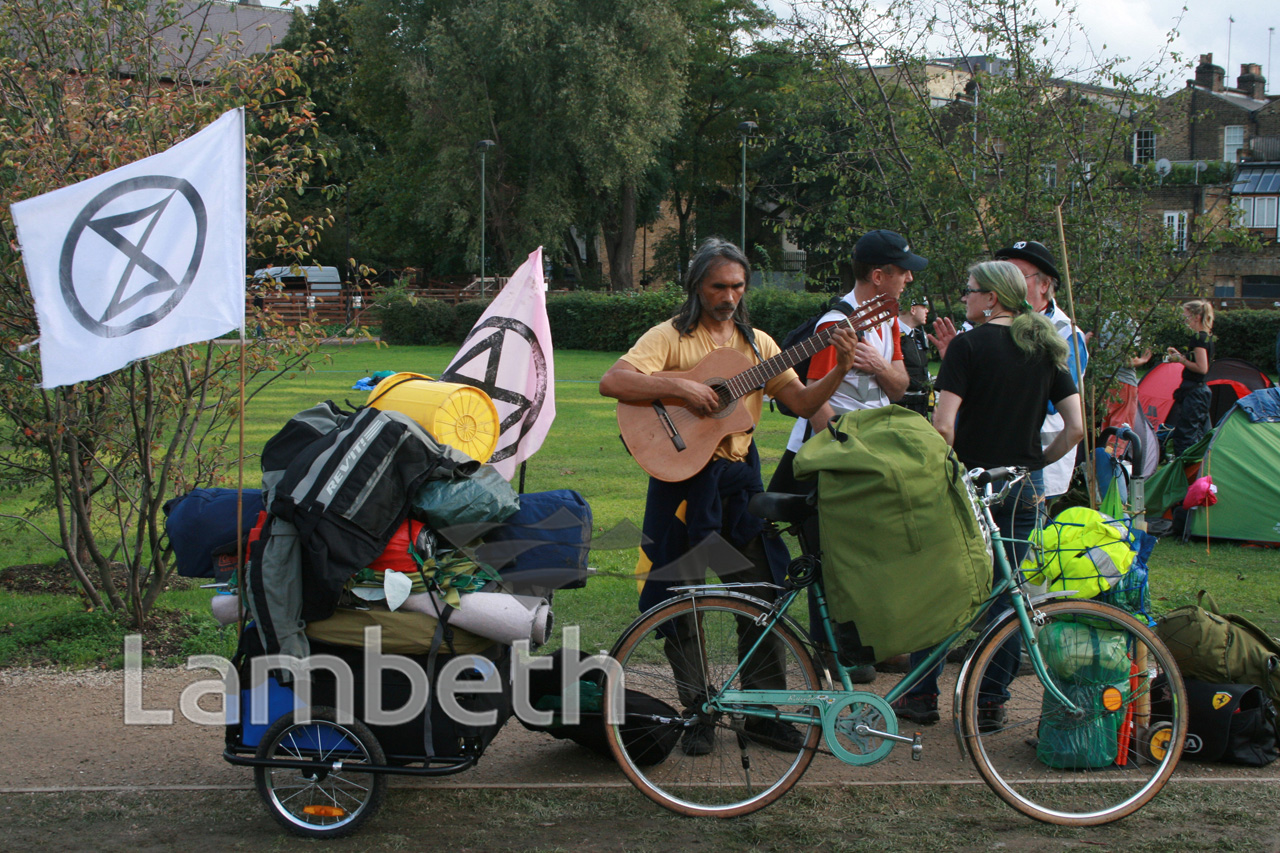 The Extinction Rebellion protest camp in Vauxhall gardens being cleared on 15th October 2019. The protest group was formed by Gail Bradbrook and Roger Hallam in October 2018 to pro-actively campaign on environmental and climate change issues. From 7th-19th October events were staged in London with activists being permitted to camp in Vauxhall Gardens until a Section 14 notice was served by the Metropolitan Police to clear the site. Digital image dated 15th October 2019.
#1976 to date  #Digital  #LAW AND ORDER  #VAUXHALL
⇐EXTINCTION REBE...