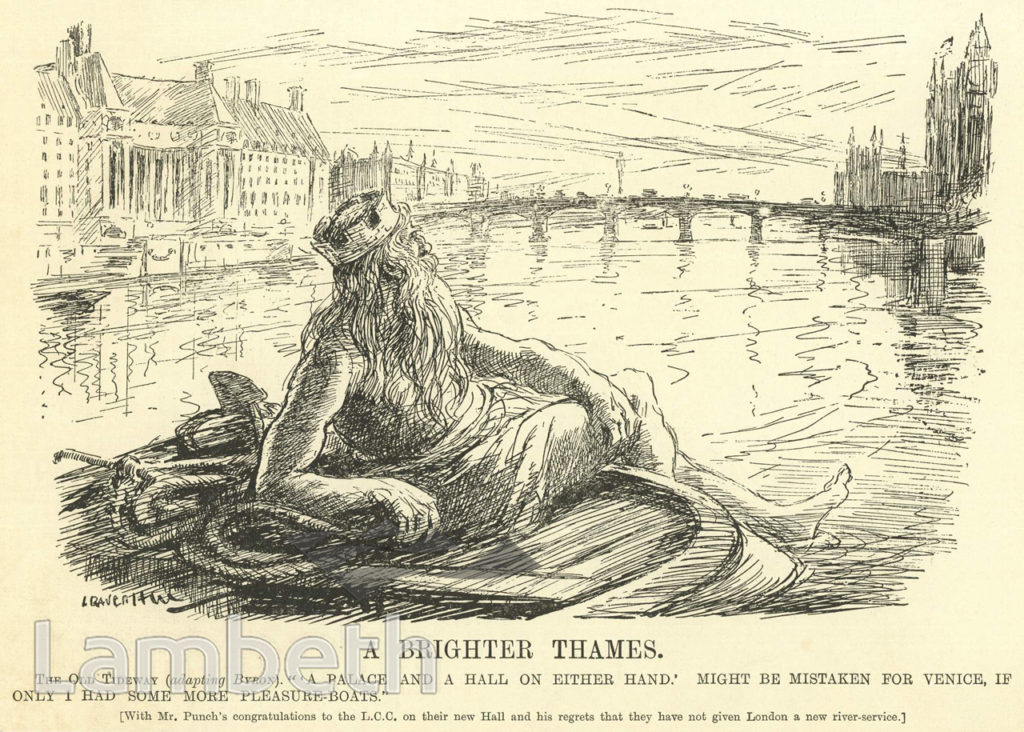 Punch cartoon 'A Brighter Thames' with Father Thames admiring the view to Westminster Bridge of Parliament and County Hall. The caption notes: 'Mr Punch's congratulations to the LCC on their new hall and his regrets that they have not given London a new river service.'Ref: Punch, 7th June 1922