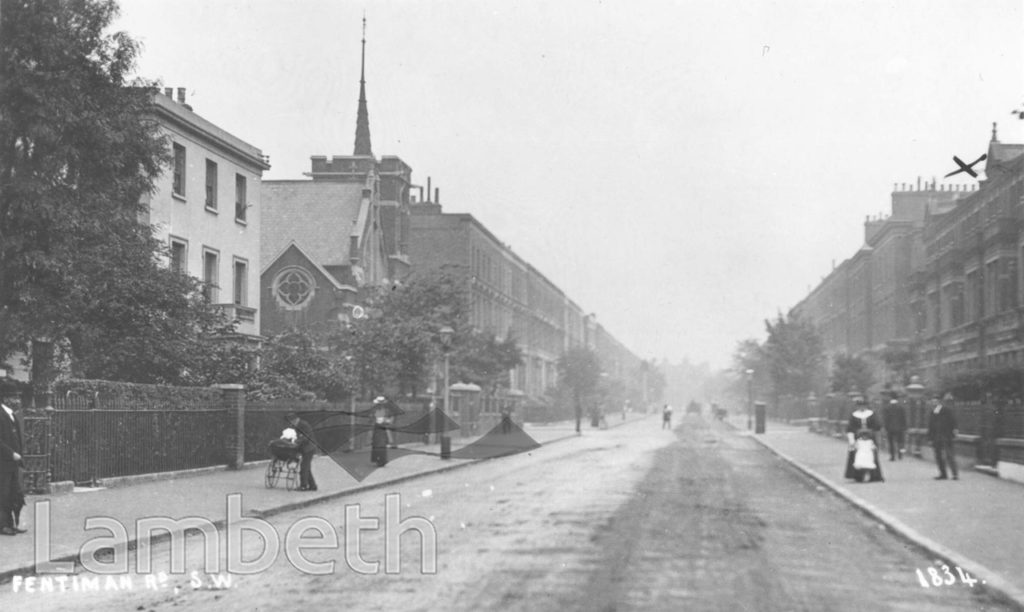 View east along Fentiman Road, South Lambeth with the United Methodist Free Church and Schools on the left. They were designed by George and Reginald Baines and built by J. O. Richardson of Peckham. The church suffered bomb damage during World War II, renovations were carried out in 1954. The Methodists vacated the building and it was acquired by the Calvary Church of God in Christ around 1979. A Card House postcard.Ref: SP268