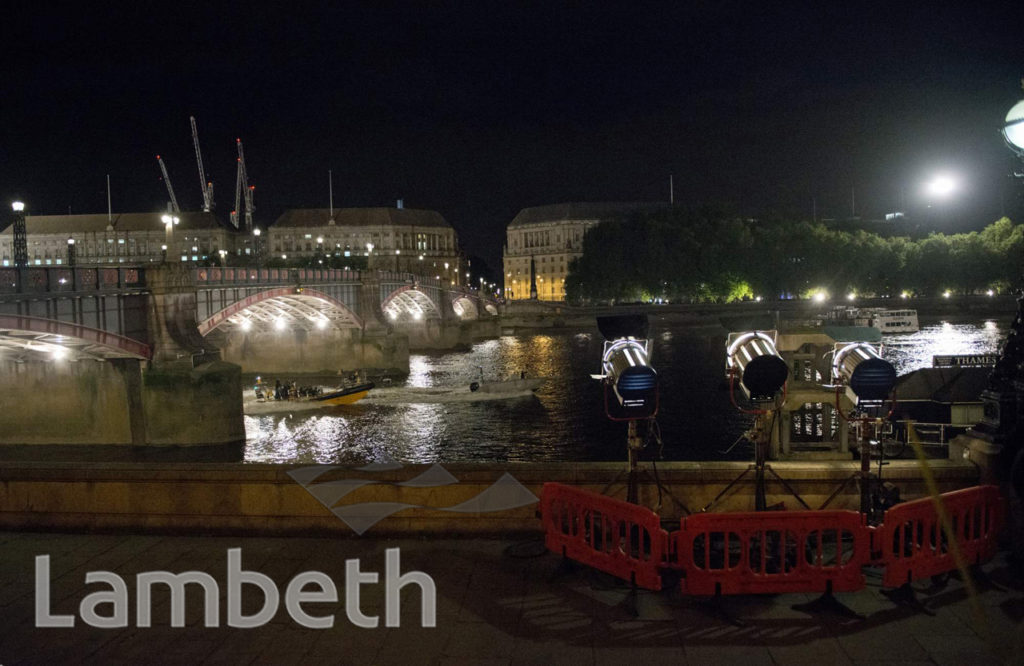 Daniel Craig as James Bond on speed boat passing beneath floodlit Lambeth Bridge pursued by a film crew for the 2015 movie 'Spectre'. The 24th Bond movie with a budget of Â£300million was the second most expensive film ever made.Digital image by kind permission of Enzo Peccinotti. Commercial reproduction not permitted without the prior consent of photographer - please contact Lambeth Archives. Ref: D2015/13/3