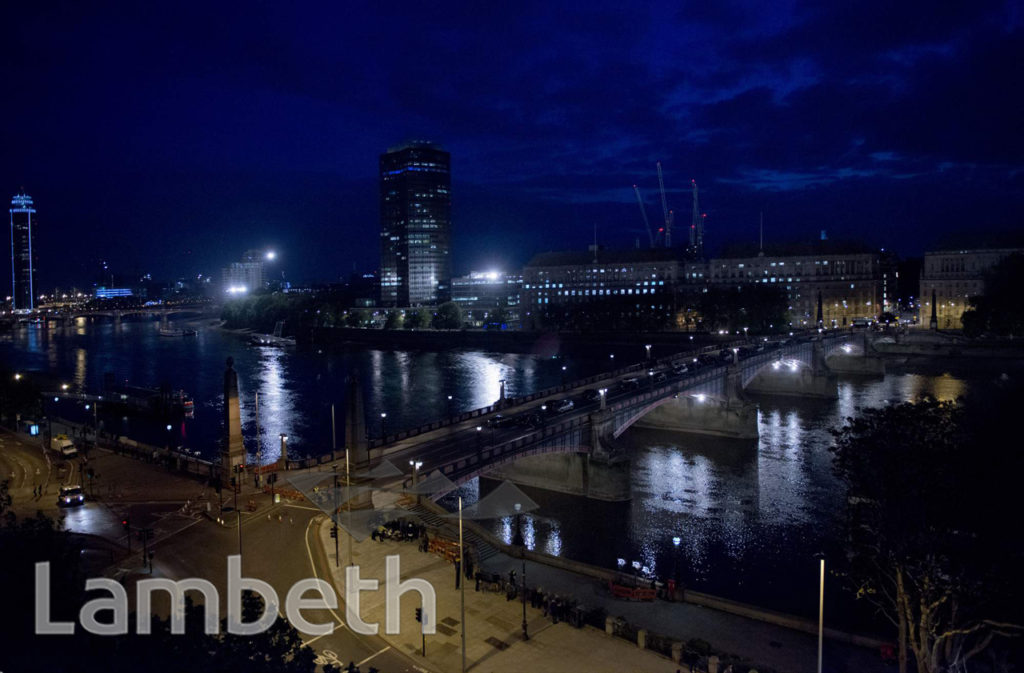 The Thames and Lambeth Bridge illuminated for night-time filming of 'Spectre', the 24th James Bond movie. With a budget of Â£300million, it was the second most expensive film ever made and was released in October 2015.Digital image by kind permission of Enzo Peccinotti. Commercial reproduction not permitted without the prior consent of photographer - please contact Lambeth Archives. Ref: D2015/13/3