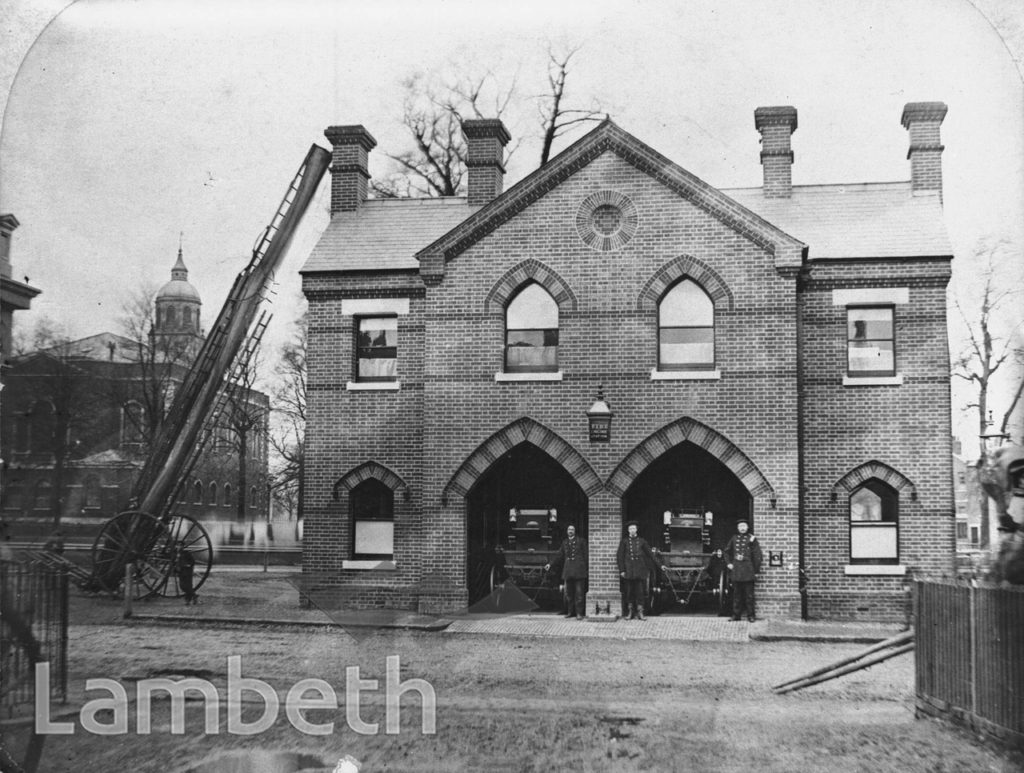 The Fire Station, The Pavement, Clapham, is shown here shortly after it opened in 1869. This building designed by Edward Creasy Jr, replaced a smaller engine house run by the Clapham Fire Brigade which was on the site of the local Lock-up. It was replaced by a new station in the Old Town in 1902, which was in turn replaced in 1964.Scan of negative from the Clapham Antiquarian Society.Ref: NG 1987/6/586