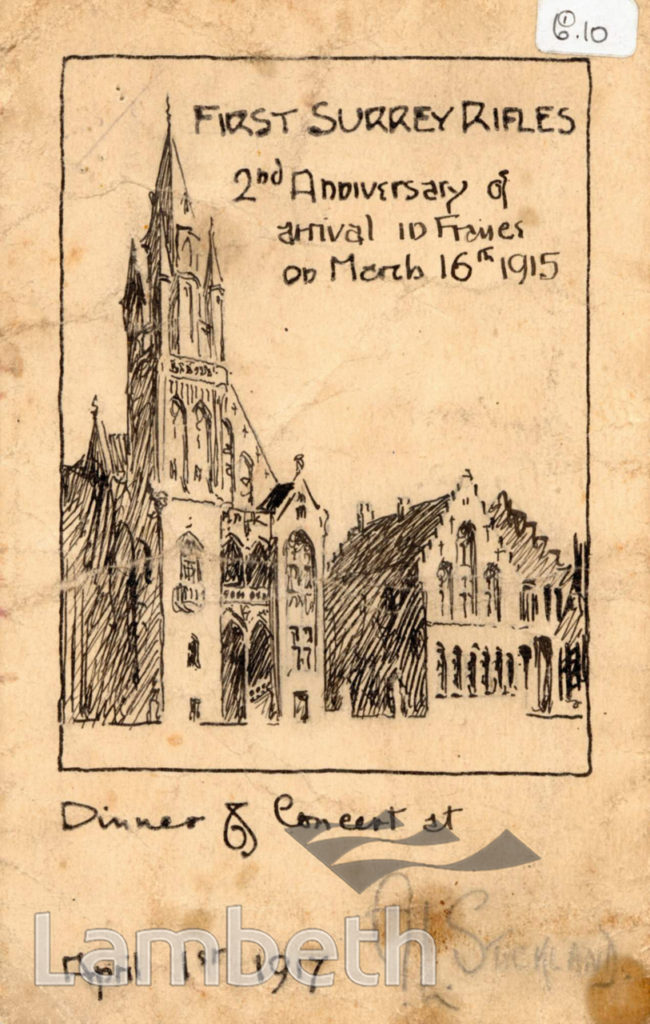 First Surrey Rifles, a voluntary Army Corps formed in 1859 in Peckham and moved to Brunswick Road ( now Flodden Road) in 1864. The dinner and concert programme for April 1st 1917, commemorating the 2nd Anniversary of the landing in France on March 16th 1915.Ref: IV/36/6/12