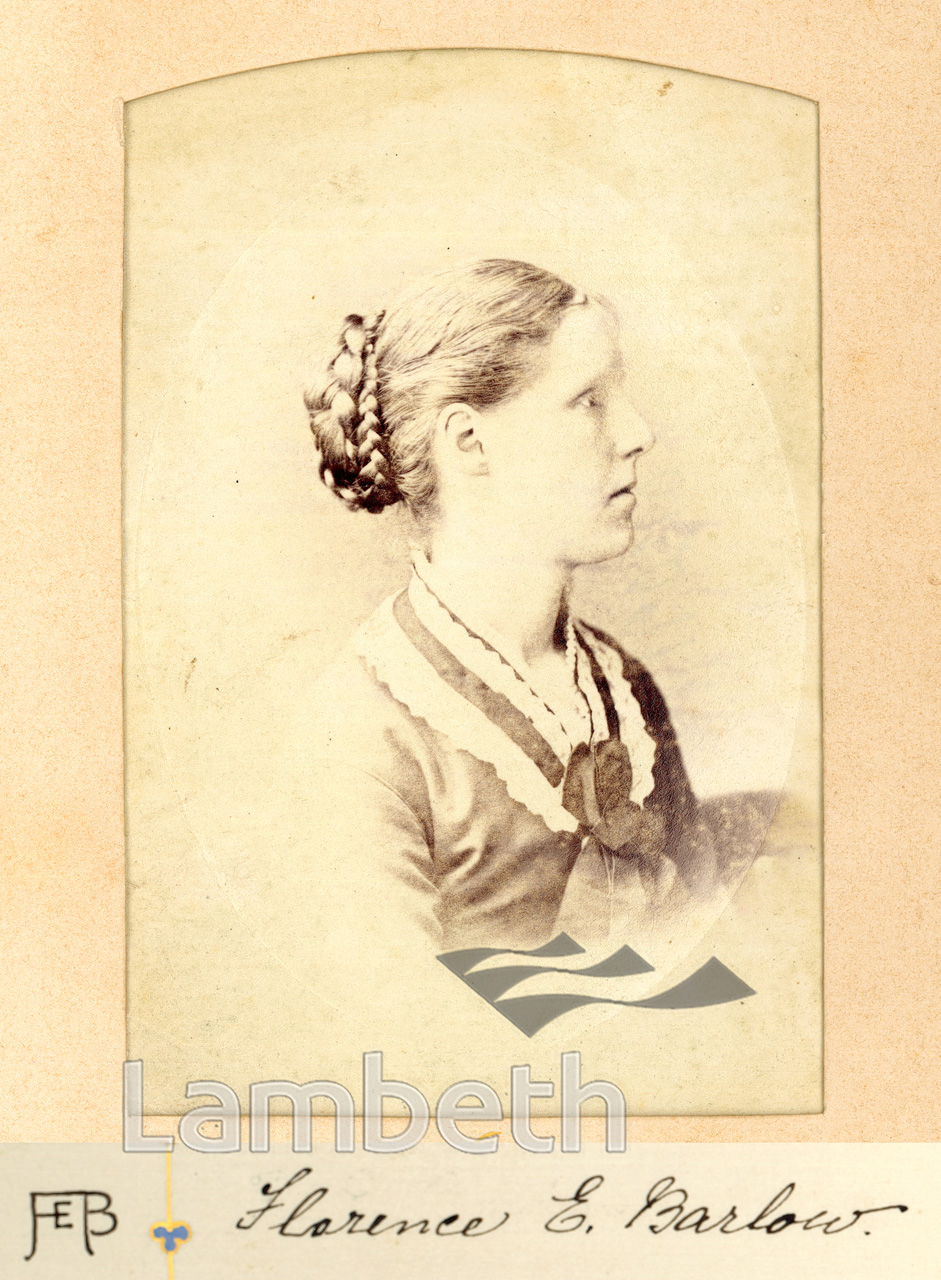 Florence Barlow (b.1856) was an artist at the Doulton pottery studio in Lambeth from 1873 and the sister of Hannah. Sir Henry Doulton championed women artists and by 1881 his firm employed 231 women. The Barlow sisters including Lucy Barlow, also an artist, lived at 55 Loughborough Park from 1880-93. From a presentation album given to Sir Henry by the women to celebrate the 10th anniversary of women artists at Doulton.
#1876 - 1900  #COMMERCE AND INDUSTRY  #LAMBETH  #Photograph  #TRADE
⇐HANNAH BARLOW, ...