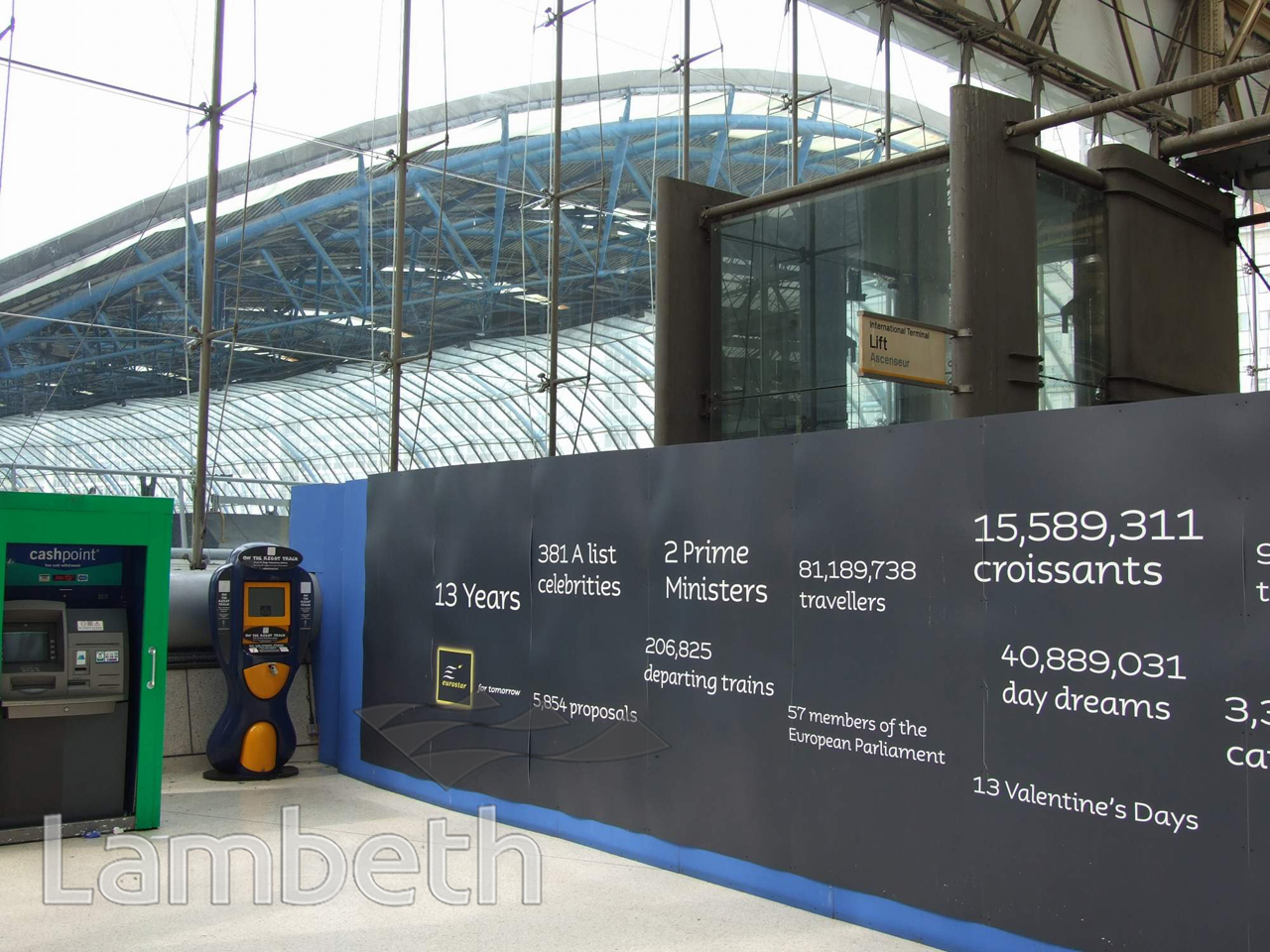 Hoarding aroung former Eurostar terminal at Waterloo Station which was designed by Nicholas Grimshaw and Partners on one side of the existing Waterloo Station. It closed in November 2007 after 13 years at Waterloo, when the service was relocated to St Pancras Station to allow easier access from the north of Britain as well as a new high-speed track to the Channel tunnel.Digital photograph dated 5th May 2008.
#1976 to date  #Photograph  #TRANSPORT  #WATERLOO
⇐LOVEPUSHER ARTW...