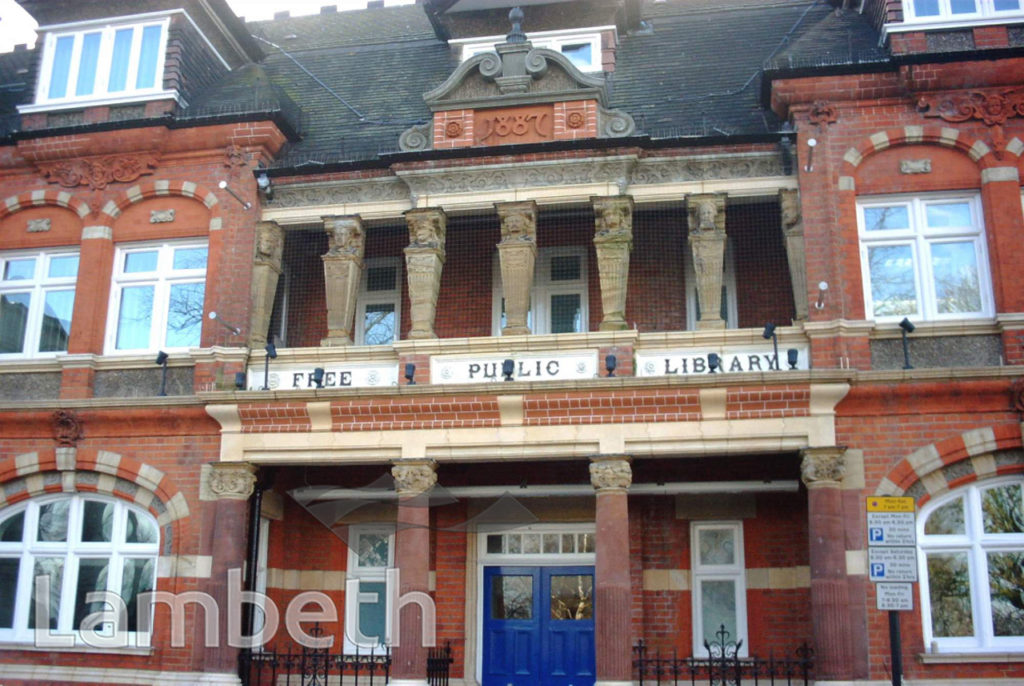 Detail of the decorative brickwork on the original West Norwood Free Public Library in Knight's Hill. The former library was given by Frederick Nettlefold, who laid the foundation stone on 26th November 1887 and was the first library opened in Lambeth on 21st July 1888. The library was replaced in 1969 by a new building in Norwood High Street, next to Norwood Cemetery. Photographed on the 22nd February 2004. Digital image courtesy of Keith Holdaway, 2004.Ref: SPd 4029/5/Lam.211