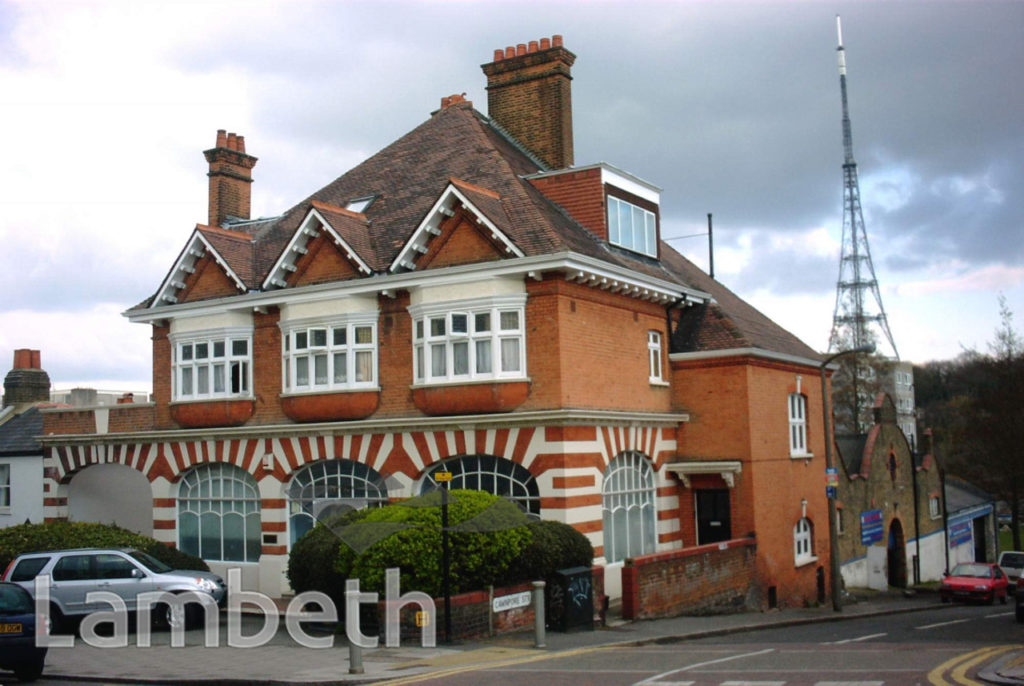 Former French's Dairy in Gipsy Hill, Upper Norwood. The cows grazed in French's Field at the bottom of Gipsy Hill and were driven up to the diary for milking. The milking sheds are visible on the right down Cawnpore Street. Behind is the Transmitting Station for the BBC in Crystal Palace Park. Digital image courtesy of Keith Holdaway, 2004.Ref: SPd 4029/6/Lam.201