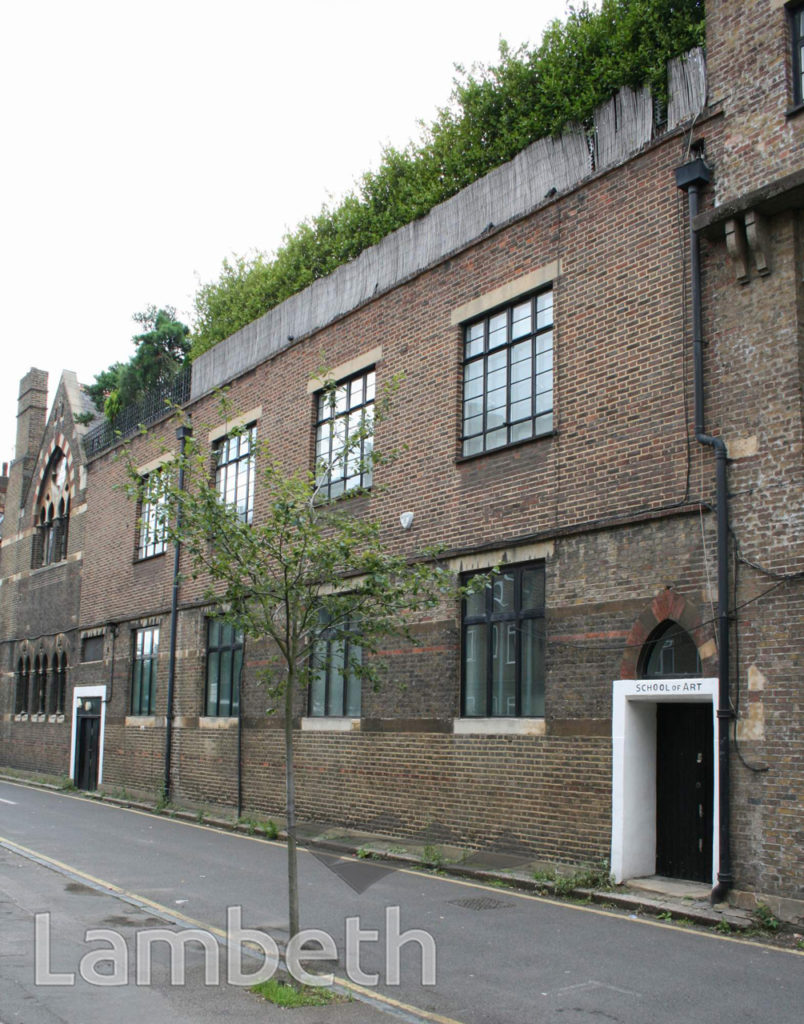 The former Lambeth School of Art building adjacent to Church School in St Oswald's Place, Vauxhall. The connected buildings were designed by J.L Pearson, with the Art School's foundation stone laid by the Prince of Wales in 1860. The upper floor has been much altered, possibly in the 1930s. The school became one of some renown, particularly because of the connection with nearby Doulton potteries and with science classes being added in 1880s. The building had been designed by Mr Pearson in a 13th century style, although the committee made sure the funds were 'not frittered away in useless ornament'. Those also attending the foundation ceremony included the Archbishop of Canterbury, Mr Roupell MP and Henry Cole. Digital image dated 5th August 2017Ref: D2017/1/1