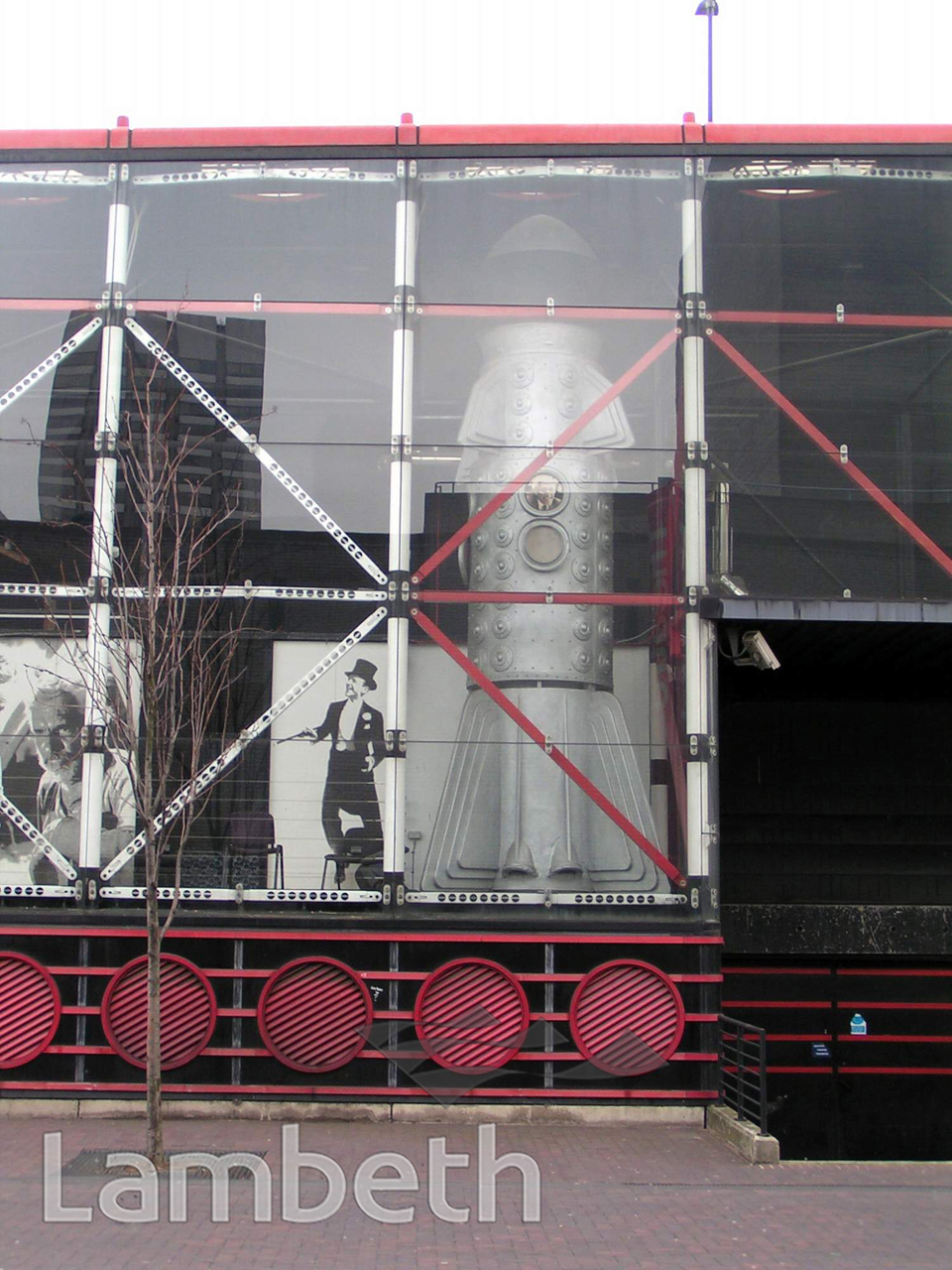 The former premises of the Museum of the Moving Image (MOMI) was constructed in the space beneath the southern end of Waterloo Bridge. The museum opened in 1988 and showed the history of film making with interactive displays and a film show as part of its attractions. It closed down in August 1999 and is now an additional theatre to the National Film Theatre next door. Digital image courtesy of Penelope Gretton, 2005.
#1976 to date  #BUILDINGS / ARCHITECTURE  #ENTERTAINMENT  #Penelope Gretton Photographer  #Photograph  #WATERLOO
⇐HAYWARD GALLERY...