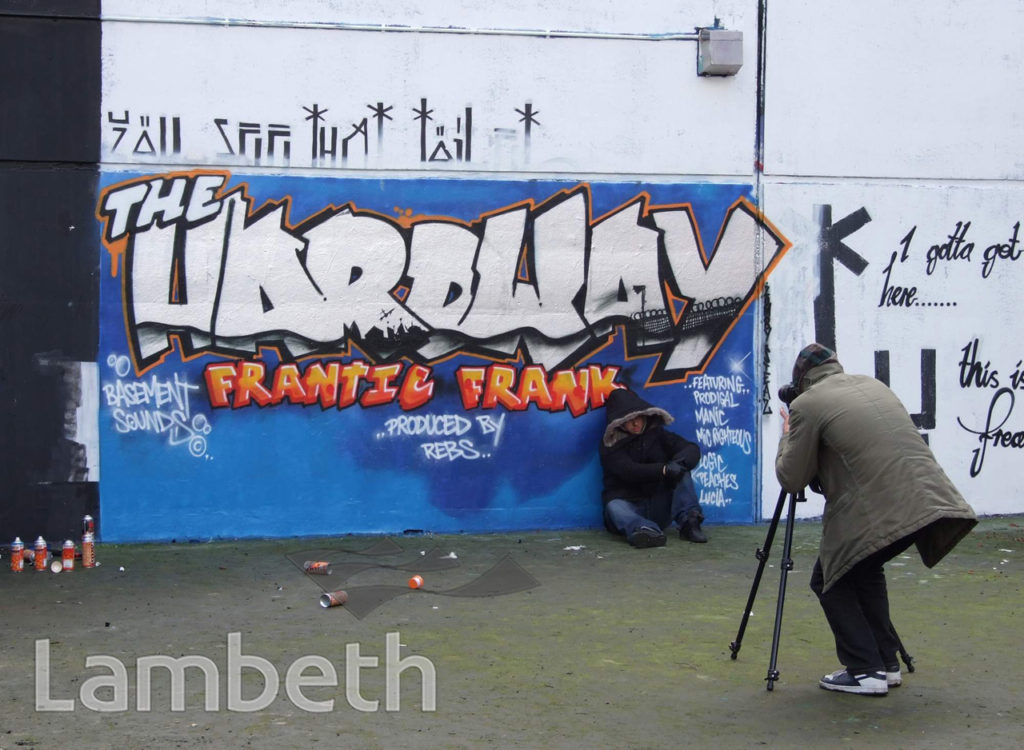 Frantic Frank, the 21-year old Brixton-based rapper, being photographed with promotional graffiti for his third album The Hard Way in Aytoun Road, Stockwell. Frank, with his rapping crew The Kraftsmen, made his first album as an unsigned 18-year old and succeeded in selling 15,000 copies. His lyrics reflect his own experiences associated with growing up in South London, commenting on violence, drugs, gangster culture and racial inequality. Digital image dated 2nd February 2008.From the Graffiti Gallery, recording Lambeth's urban art.Ref: D86/58