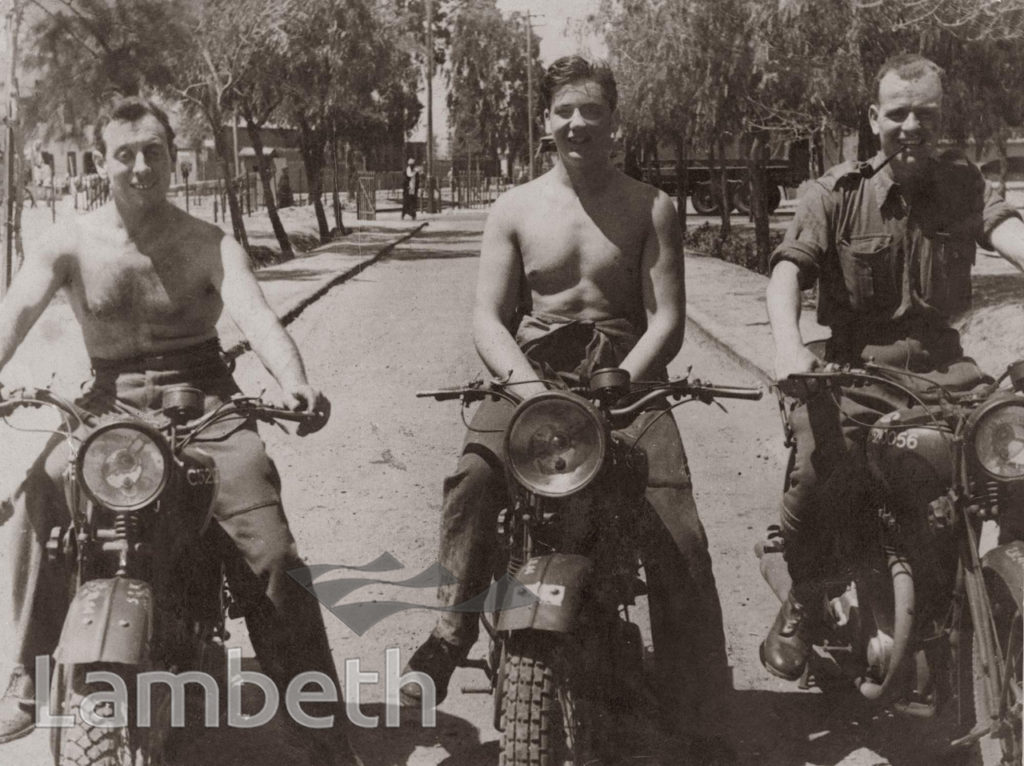 Frederick Bilyard (centre) with fellow servicemen on motorbikes in Egypt during World War 2 - annotated on the back, 'Fred, Ken and Mick McDonagh, 25 March 1945 Egypt'. Fred was born in Stockwell and was called up to enlist in the army in 1942, training as a dispatch rider before being posted initially to Northern Ireland for 12 months and then Egypt for the remaining two years of the war. He returned to find his family home bombed-out, although his family were safe.Digital image by kind permission of Fred Bilyard.Ref: D2014/3/1