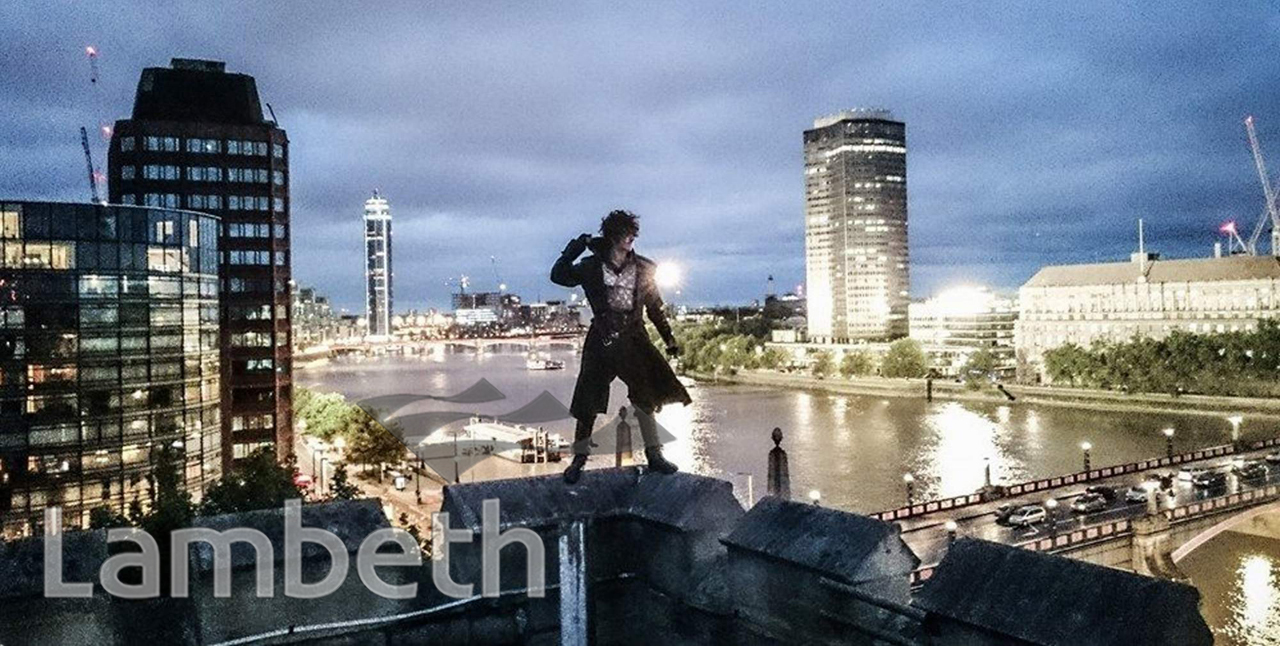 Simon Nogueira of the French Freerun Family on the tower of St Mary's church, Lambeth. He is a professional freerunner (parkour) based in Paris and was being filmed in London by YouTube star and film-maker Devin Graham for a video where 'parkour meets Assassin's Creed Syndicate', a popular game released in October 2015. The game is set in Victorian London with St Mary's/ Lambeth Palace as one of the locations. Digital image by kind permission of Vihn Tran, director and cameraman for the French Freerun Family. Commercial reproduction not permitted without the prior consent of photographer - please contact Lambeth Archives.
#1976 to date  #Digital  #ENTERTAINMENT  #LAMBETH  #RECREATION AND LEISURE  #RELIGION  #SPORT
⇐NEWPORT STREET ...