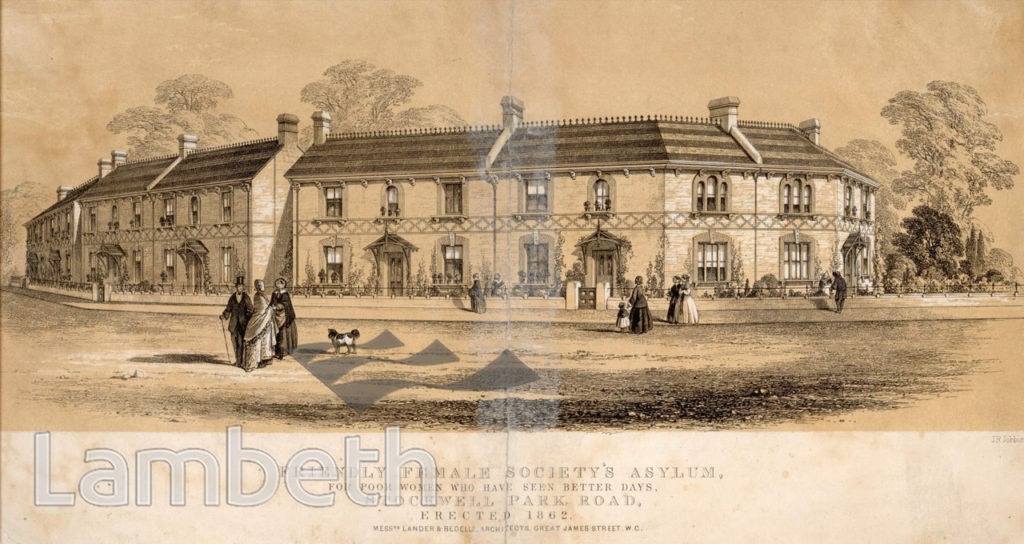 Lithograph showing the exterior view of the asylum for poor women in Stockwell Park Road. The Society was founded in 1802 for 'the relief of aged women' living within ten miles of St Paul's. In 1823 the first almshouses built were in Camberwell to accommodate 20 women. These seven Stockwell Park Road dwellings were added in 1863 for 28 women. In 1940 & 1941 they were damaged by war-time bombs and a new block was built later to the designs of Leslie Wyatt.Ref: LP15/755/FRI.1