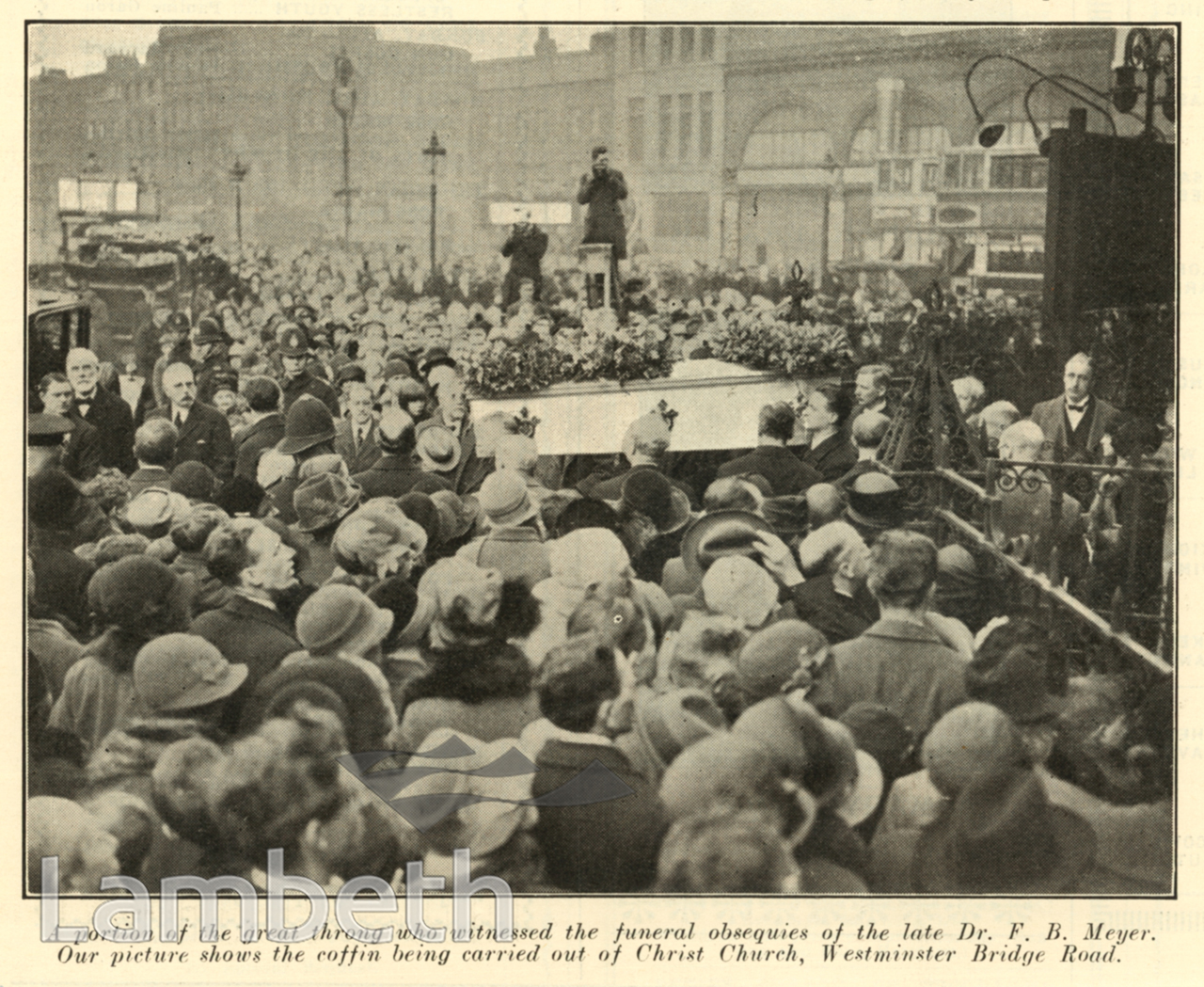 Crowds attending the funeral of Dr Frederick B. Meyer at Christ Church, Westminster Bridge Road, Lambeth. Dr Meyer was a Baptist pastor and evangelist who was noted for preaching against drunkeness and prostitution, causing many saloons and brothels to be closed. He campaigned to halt death sentences being carried out on a group of conscientious objectors who had forcibly been sent to the army in France during World War I. Dr Meyer also was instrumental in stopping the match between Jack Johnson a renown black boxer from American and William 'Bombardier Billy' Wells an Englishman. He organised a petition requesting the Home Secretary Winston Churchill bans the match on 'grounds of public order'. Meyer was associated with Christ Church from 1892-1909 and again in 1915-1921. From Brixton Illustrated Press, dated April 1929.
#1926 - 1950  #LAMBETH  #Print  #RELIGION
⇐UNITED DAIRIES ...