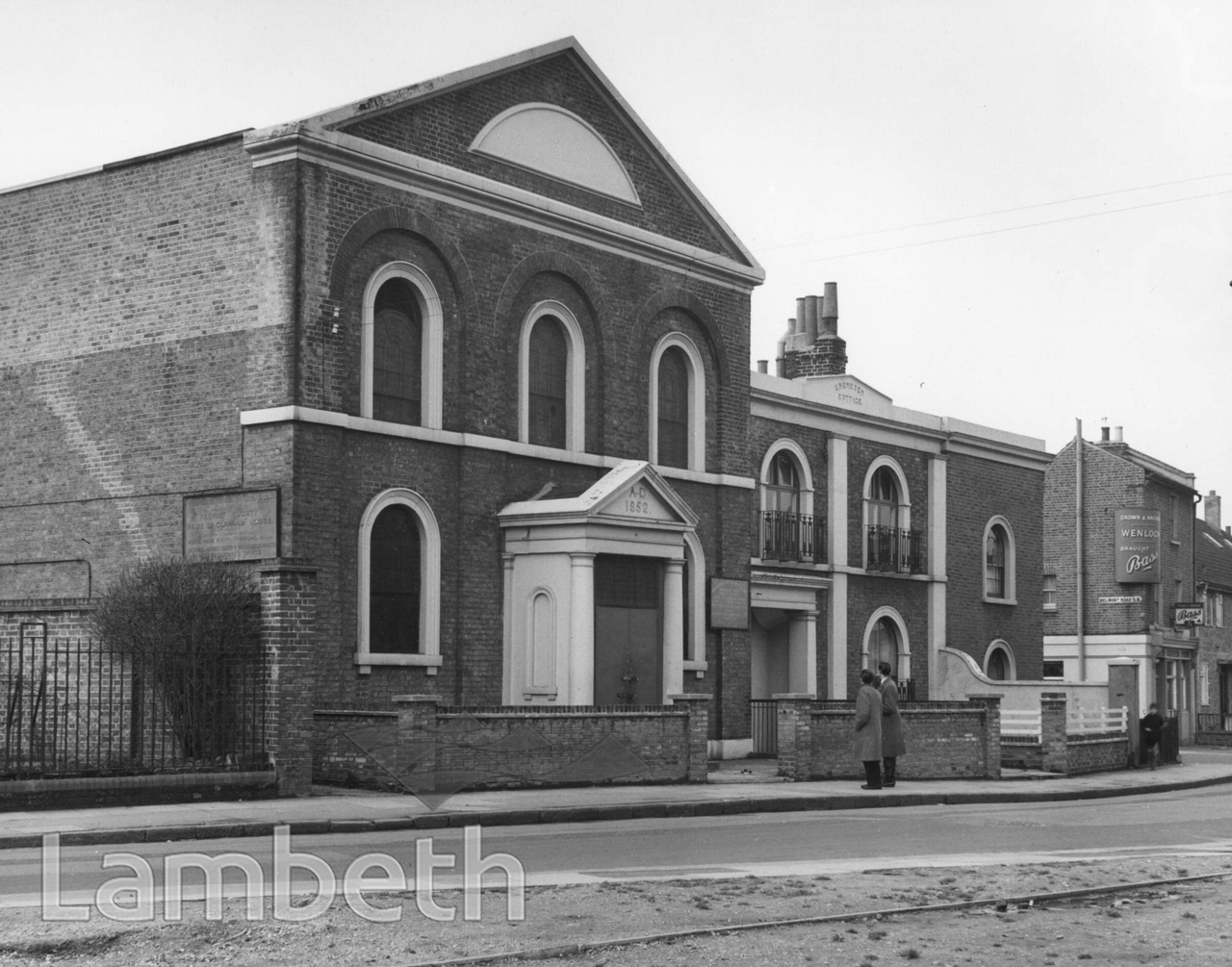 The former Garner Baptist Chapel in Stonhouse Street, when it was the Independent Order of Oddfellows Hall. Originally built as the Strict Ebenezer Chapel in 1852 it passed to the Wesleyans in 1861 before acquisition by the Oddfellows Manchester Unity Friendly Society in 1908. The area has since been redeveloped and the street is now known as Cubitt Terrace. Photograph by M.D.Trace, dated January 1967.
#1951 - 1975  #BUILDINGS / ARCHITECTURE  #CLAPHAM  #Photograph  #RELIGION
⇐ST JOHN’S...