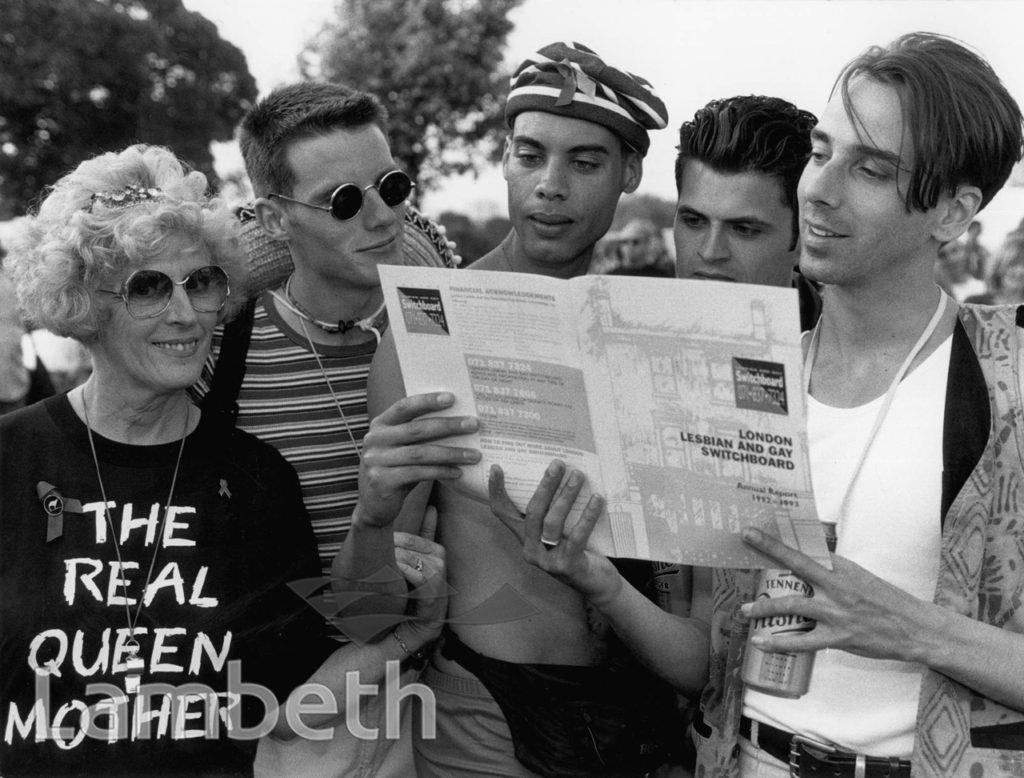 Gay men in Brockwell Park at the Gay Pride festival, plus a mother. Now called the more inclusive 'Pride', the first march was in 1972 with the Festival being held at Brockwell Park in 1993 and 1994 and later on Clapham Common.From Public Relations PhotographsRef: 2005/1/3 PR Photos