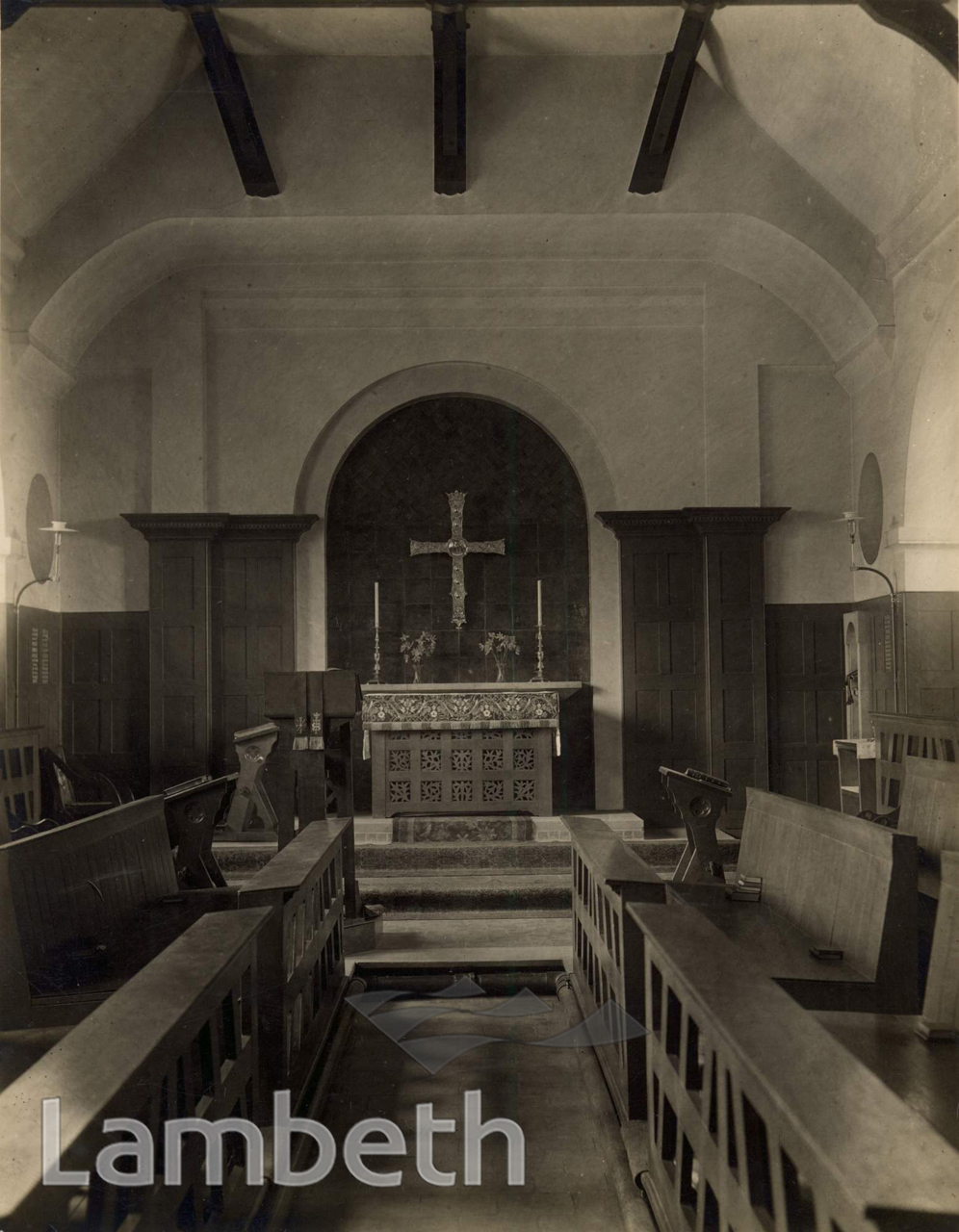 The chapel in Gilmore House, North Side, Clapham. Gilmore House was formerly one of a pair of houses built in 1763 and known as The Sisters. It was once the home of John Walter (1739-1812) the founder of The Times, and was later a training college for deaconesses. This college was founded by Mrs Gilmore, sister of William Morris, who added the chapel in 1897, designed by Philip Webb. The stained glass windows were made by Morris & Co to designs by Edward Burne Jones and the altar cloth shown here is also by Morris and Co. Gilmore House now has additional extensions and is owned by a housing association.
#1901 - 1925  #EDUCATION  #Photograph  #RELIGION
⇐EVENING SCENE, ...