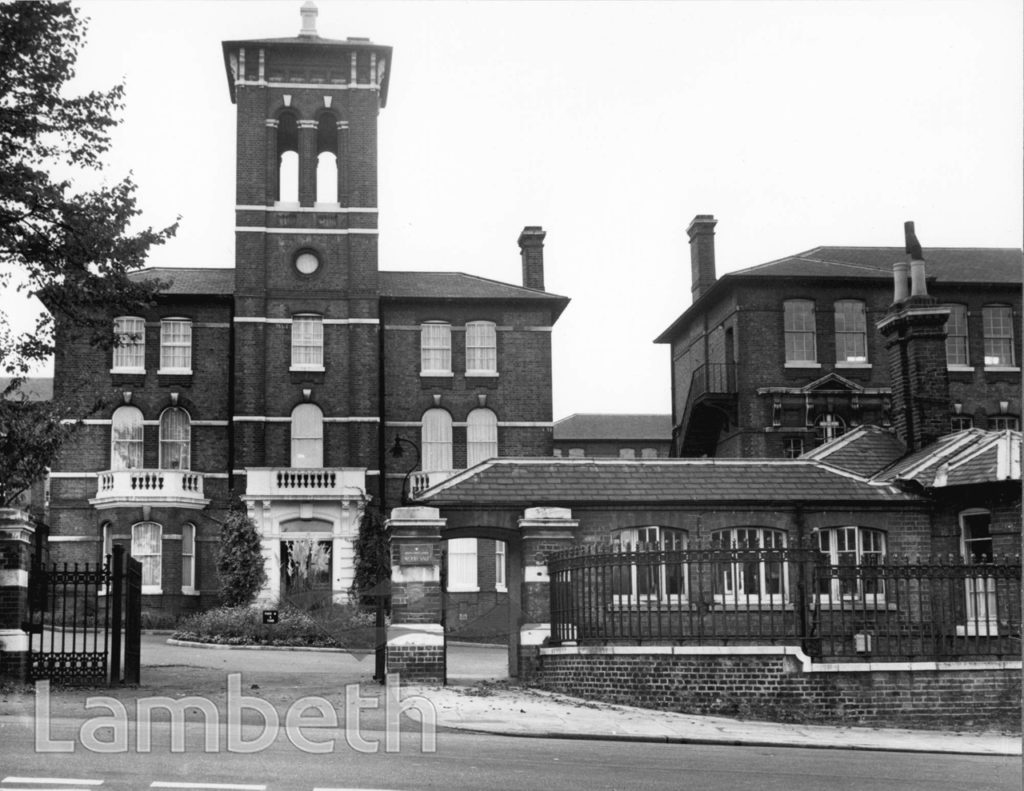 Formerly known as Lambeth Schools and built in 1886 as a boarding school for poor children, these buildings later became a GLC children's home and school. The schools originated in 1809 when Lambeth Parish began to acquire land in Elder Road and in the following year work started on the buildings for the Lambeth House of Industry for Infant Poor. These housed poor children under the workhouse system. Most of the buildings were demolished during the 1970s to make way the Woodvale Estate .Photograph by M.D.Trace, dated 2nd October 1967.Ref: SP19/558/Woo.1