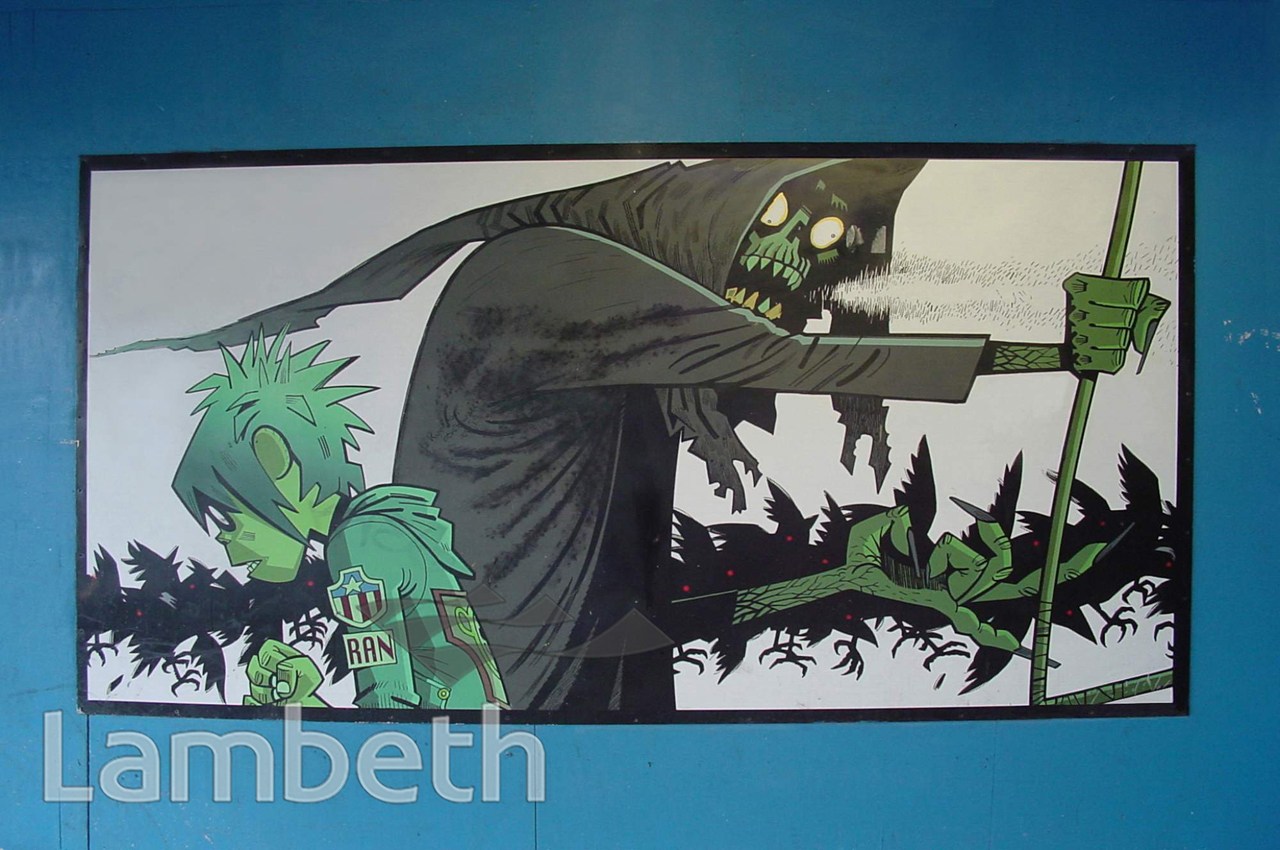 Hoarding artwork by Jamie Hewlett beneath the Queen Elizabeth Hall on the South Bank. The hoardings were erected in 2006 during the refurbishment of the Festival Hall and surrounding areas, and the artworks were based on the four fictional animated band members of Gorillaz. The 'virtual' band had been created by Hewlett, Damon Albarn and Murdoc Niccals. Digital image taken 29th December 2007.From the Graffiti Gallery, recording Lambeth's urban art.
#1976 to date  #Digital  #ENTERTAINMENT  #STREET FURNITURE  #WATERLOO
⇐GRAFFITI, WATER...