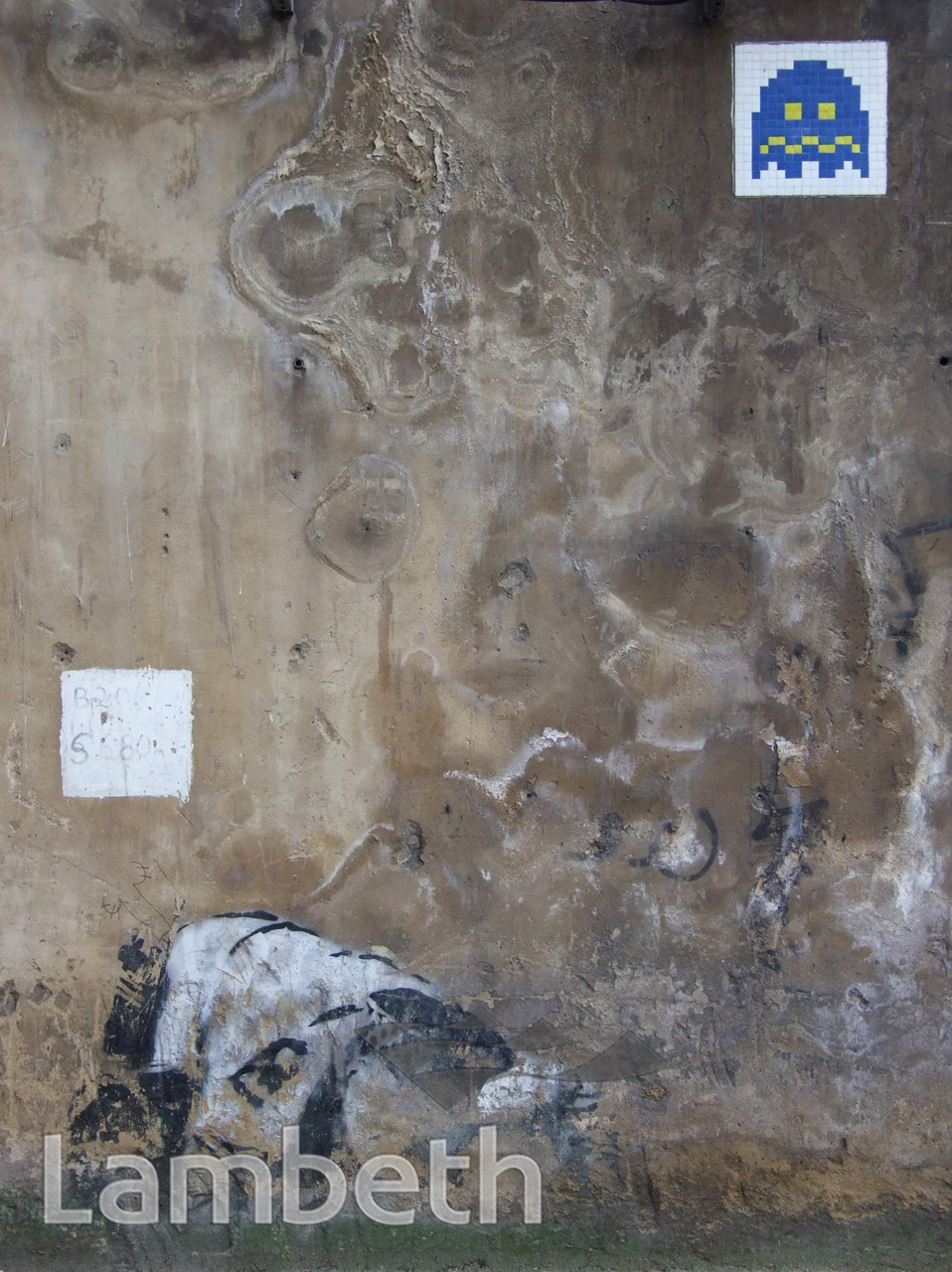 Graffiti artwork by Banksy depicting a policeman about to inhale cocaine, in Leake Street, Waterloo. Banksy prefers to remain anonymous but is thought to be Robin Gunningham (b.1974) who began as a graffiti artist in Bristol when a teenager. Although in poor condition, this is currently the only surviving artwork by Banksy in Lambeth, the other examples have been erased by graffiti removal teams. Above is a piece of street art by the Parisian artist Invader (b.1969). His works feature imagery inspired by the Space Invaders game and the small mosaics 'invade' cities across the world, coming to London in 1999, 2003 and 2006. Digital image dated 26th January 2008.From the Graffiti Gallery, recording Lambeth's urban art.
#1976 to date  #BANKSY  #Digital  #ENTERTAINMENT  #LAW AND ORDER  #STREET FURNITURE  #WATERLOO
⇐MEPHAM STREET, ...