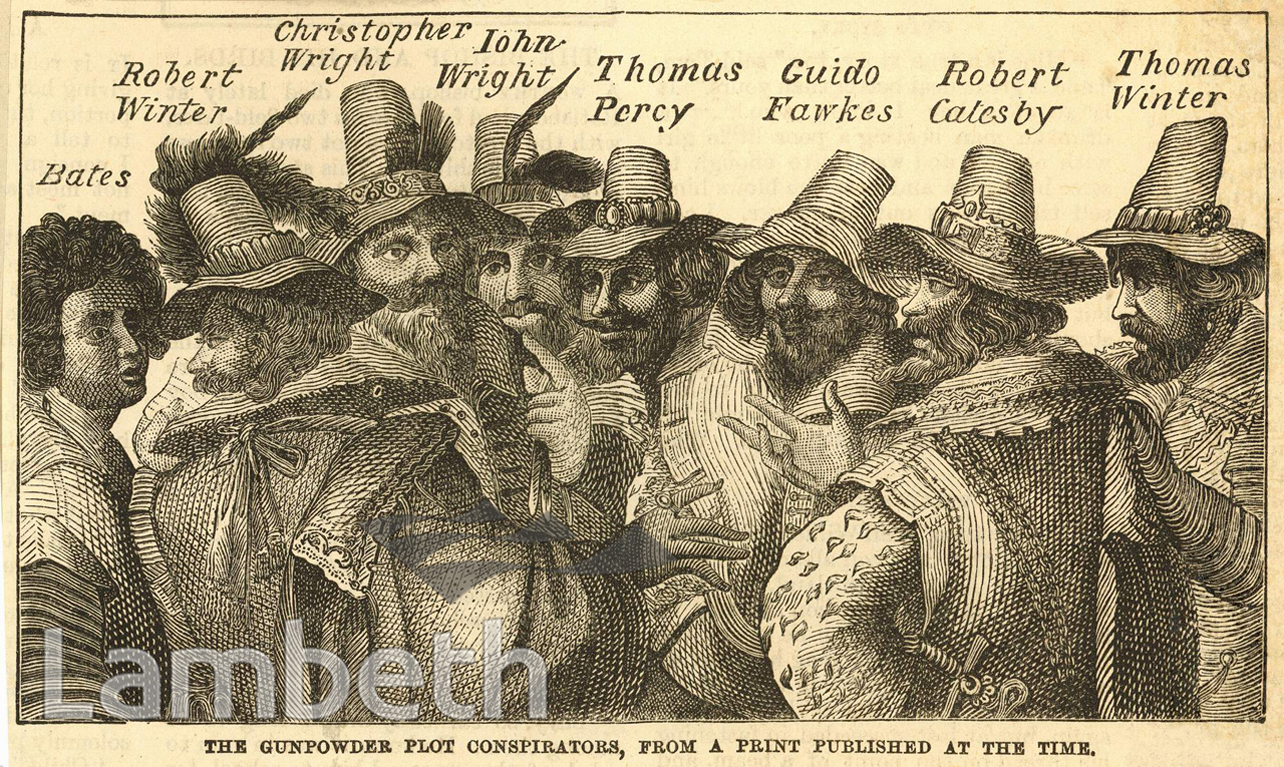 Guy Fawkes with other conspirators in the 1606 gunpowder plot to blow up parliament. The men met at Fawkes' home in Lambeth near Fore Street (replaced by the Albert Embankment). The house was also used to store the gunpowder which was rowed across the river and placed beneath parliament, hidden behind timber beams.Engraving from Illustrated London News c.1860 after an original print 'published at the time'.
#1850 - 1875  #Engraving  #FAWKES- Guy  #LAW AND ORDER  #People
⇐BONEWORKS, SOUT...