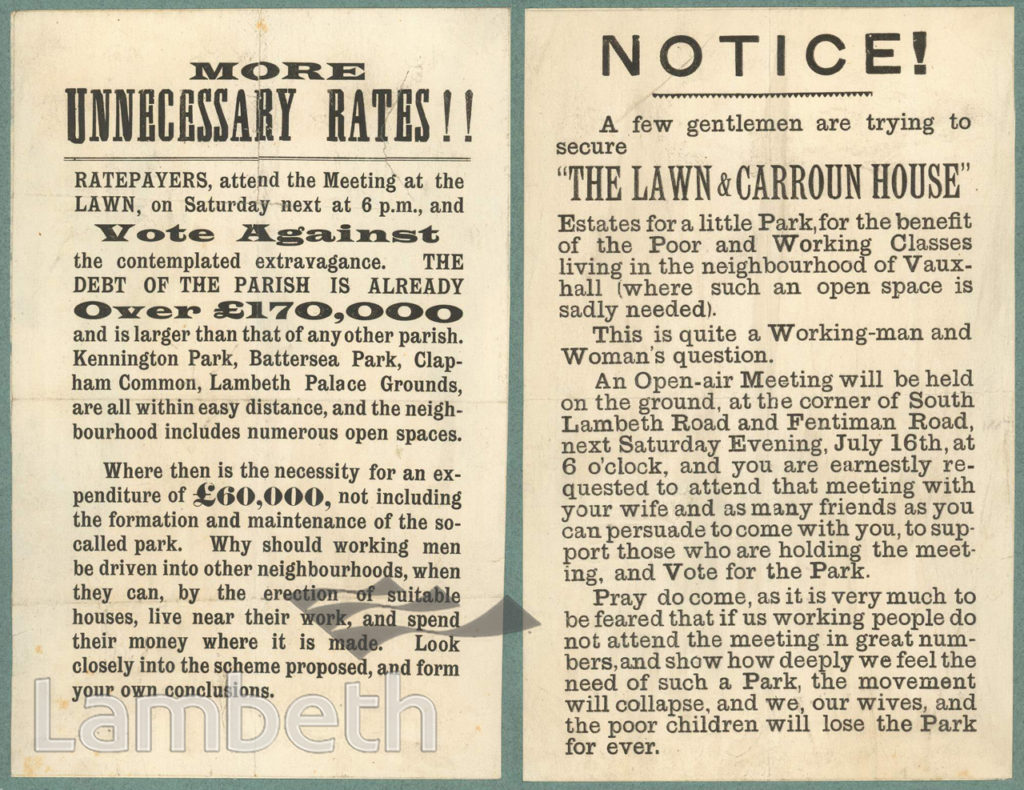 Two handbills, for and against the creation of Vauxhall Park in South Lambeth Road. Against argue it will cause more unnecessary rates and 'working men [could] by erection of suitable houses, live near their work and spend their money where it is made'. The for campaign also champions the rights of the 'poor and working classes living in the neighbourhood of Vauxhall, where such an open space is sadly needed'. It was reported in 'Pall Mall' magazine, 9th March 1891; 'At the outset the project was almost buried under a mass of small local jealousies, personal recriminations, charges of jobbery, and all that is characteristic of the spirit of vestrydom'.Ref: Cuttings 593