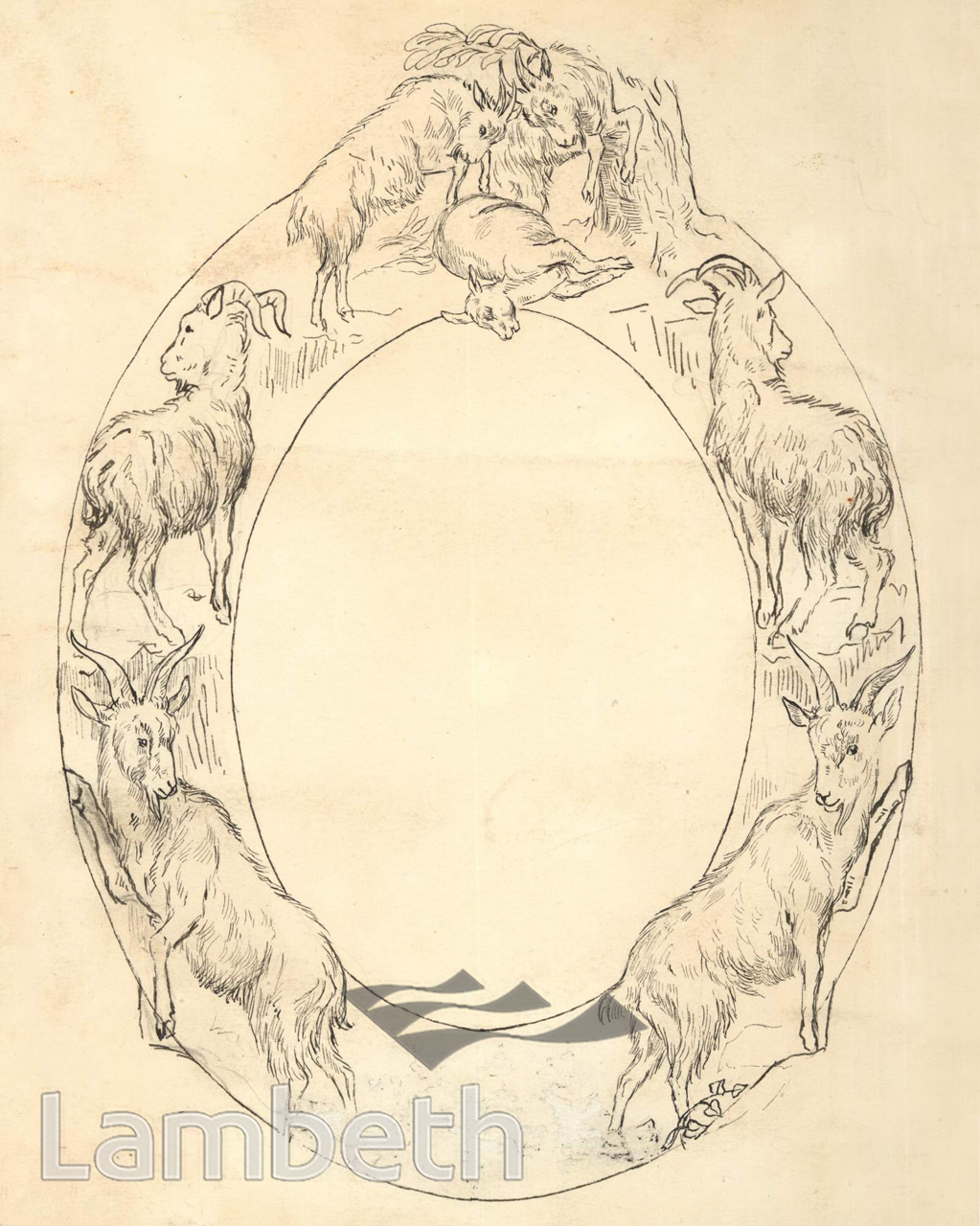 Cartouche design featuring goats by Hannah Barlow (1851-1916). She was a student at Lambeth School of Art in Miller Lane, off Upper Kennington Lane and was in 1871, the first female to be employed by Henry Doulton. Between the 1870s and the late 1880s she produced some of the best examples of Doulton decorative stoneware often using animals and birds. She lost the use of her right hand early in her career and retrained herself to use her left.Pen and ink drawing.
#1850 - 1875  #BARLOW- Hannah  #COMMERCE AND INDUSTRY  #LAMBETH  #Pen and Ink  #People  #TRADE
⇐NORTH LAMBETH L...