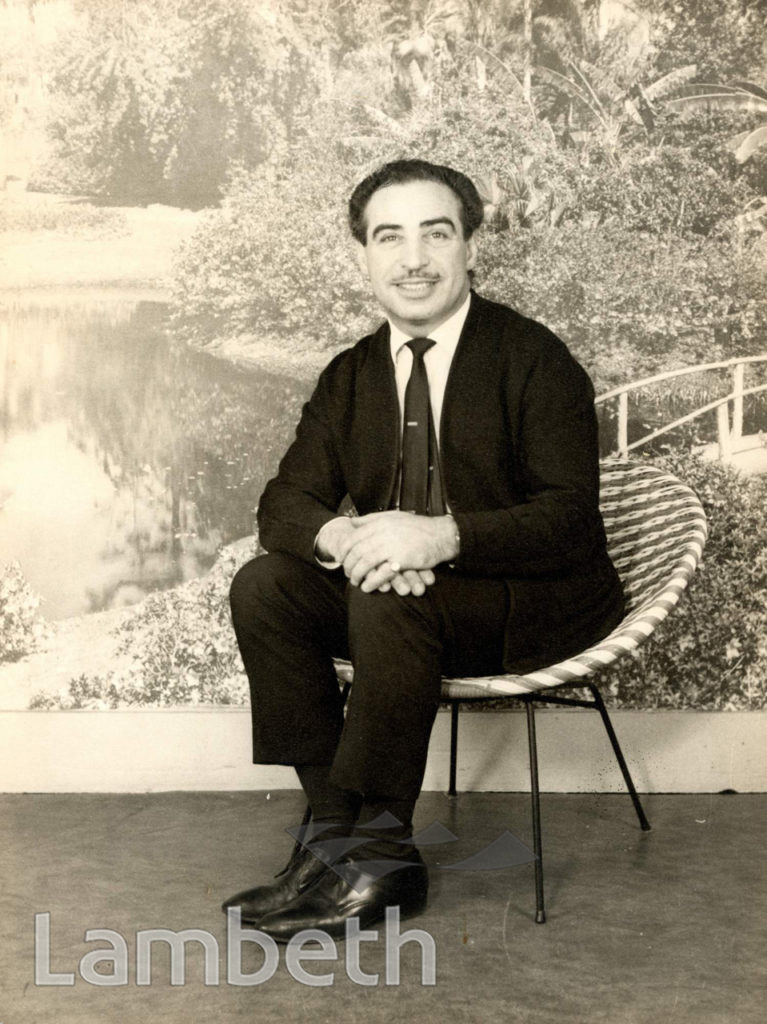 Self portrait of Harry Jacobs, portrait photographer, who set up his business in Brixton in the 1950s. His customers were mainly from the Caribbean and African communities who had recently arrived in South London to establish themselves as part of post-war Brittain. He opened his permanent studio in 152 Landor Road, Stockwell, and remained the de facto photographer to the Black community until the studio closed in 1999. Part of the Harry Jacobs collection at Lambeth Archives.Ref: IV/233 SP9000