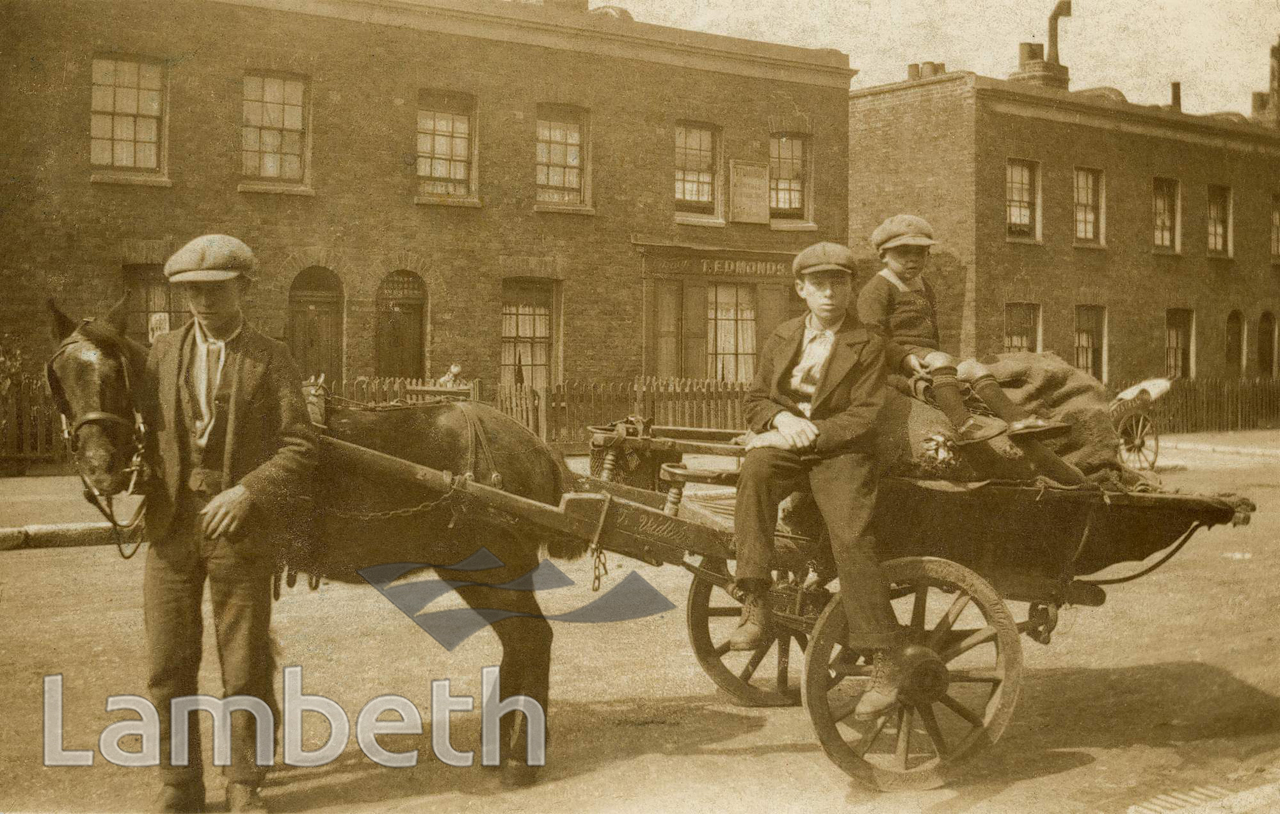 Harry and Samuel Steene with Wally Norris posing with a pony and cart in Sussex Street, Brixton. The Steene brothers, due to an invalid father, turned from an early age to street trading as a means of employment. Initially trading coal using a goat to transport it, the brothers progressed to a donkey and barrow, then the blind pit pony seen in this photo. 'We would come out of school at 4.30pm and my eldest brother Charlie would be waiting with a barrow load of firewood and we would go round the streets and sell it at 2p a basket'. They eventually went into the fruit and vegetable business using wagons and later vans to trade in the streets of Brixton.Digital image by kind permission of Mrs Iris Trunley.
#1926 - 1950  #ANIMALS  #BRIXTON CENTRAL  #Digital  #HOUSING  #People  #TRANSPORT
⇐WOUNDED KNIGHT,...