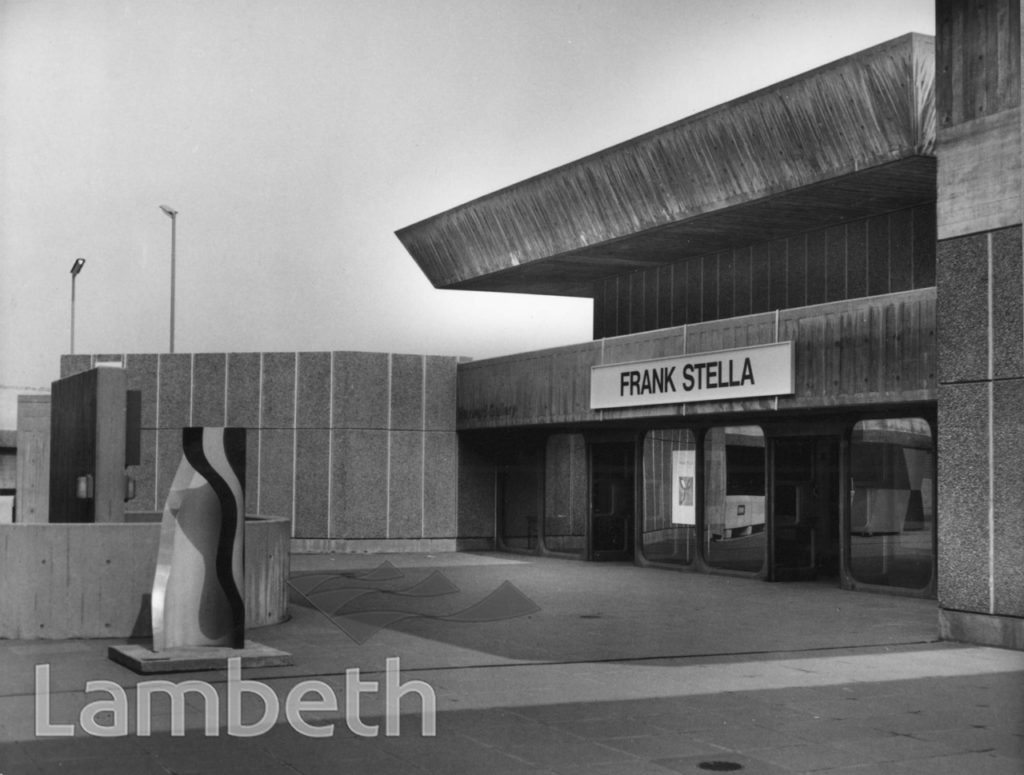 The Hayward Gallery seen from the raised entrance forecourt during a Frank Stella exhibition. The gallery is part of the popular South Bank arts complex and reknown for its striking architectural design by the GLC Department of Architecture, led by Geoffrey Horsefall. It was opened by the Queen in 1968 and named after Sir Isaac Hayward, former leader of the London County Council.Photograph by M.D.Trace, August 1970.Ref: SP12/170/HAY.6