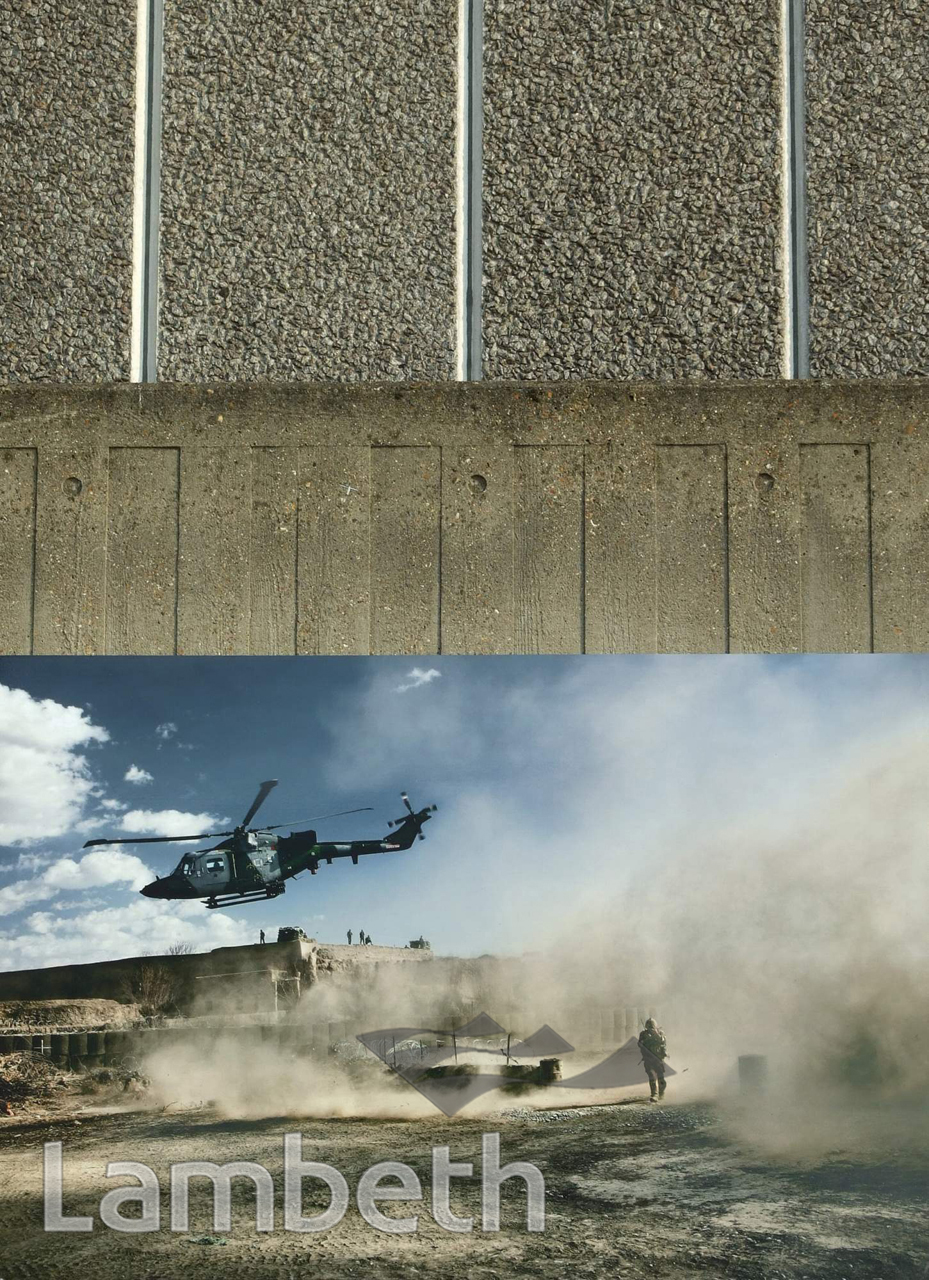 A helicopter departing from a British army base in Afghanistan displayed on a walkway adjacent to the Hayward Gallery in 2011. The images belonged to a series of photographs called 'Helmand' taken by Robert Wilson over a two-week period in 2008, to record the lives of British troops and civilians in the Afghan war zones.Digital photograph dated 25th April 2011.
#1976 to date  #ARTS/ CRAFTS  #Digital  #ENTERTAINMENT  #WAR AND ARMED FORCES  #WATERLOO
⇐SOLO ONE ARTWOR...