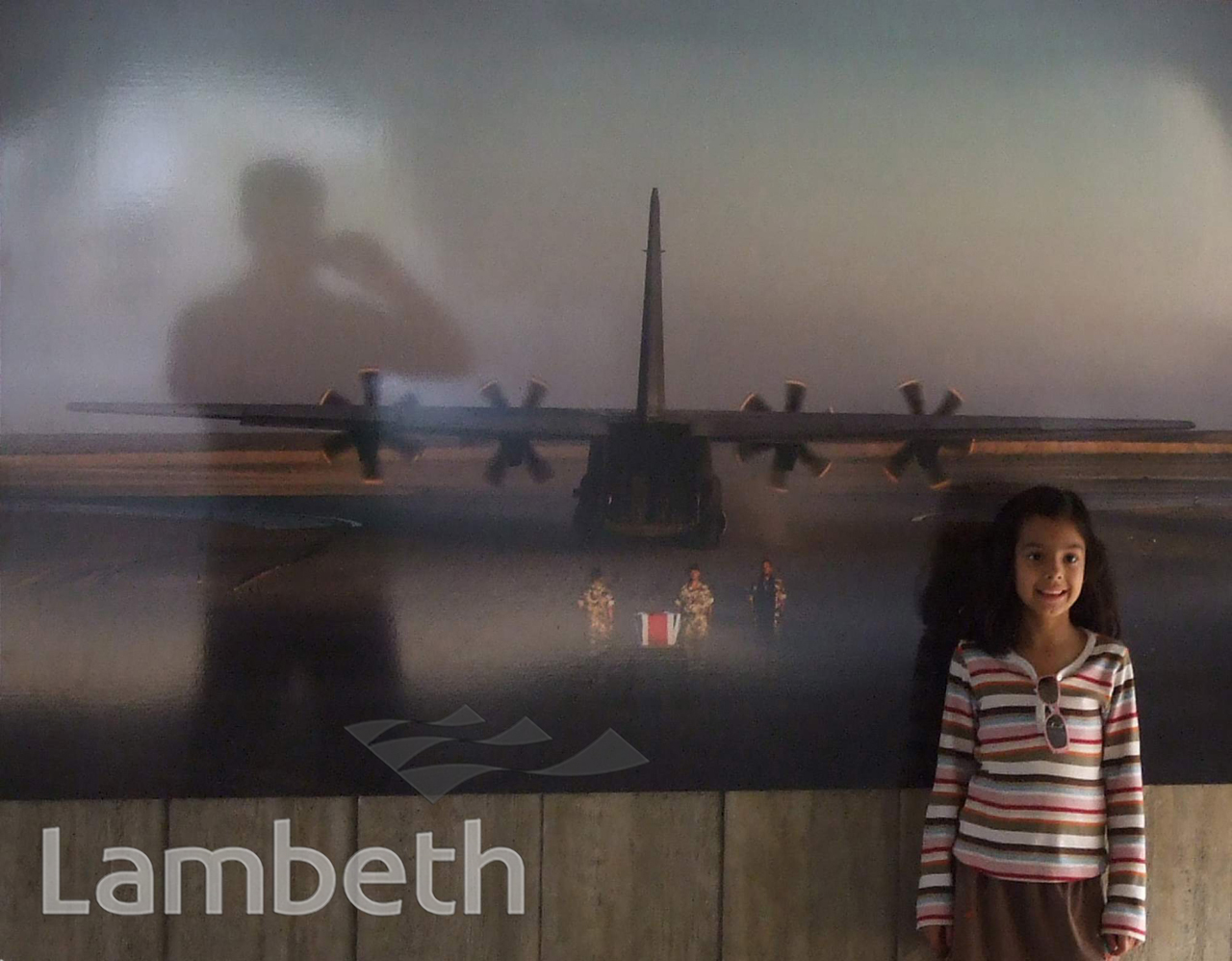 A young girl being photographed by her father against an image of an RAF Hercules plane with the coffin of a British soldier about to be repatriated from Afghanistan. The photograph was part of the exhibition 'Helmand' by Robert Wilson and displayed on the walkways adjacent to the Hayward Gallery in 2011. The images were taken over a two-week period in 2008 to record the lives of British troops and civilians in the war zones.Digital photograph dated 24th April 2011.
#1976 to date  #ARTS/ CRAFTS  #Digital  #ENTERTAINMENT  #People  #WAR AND ARMED FORCES  #WATERLOO
⇐SUMMER OF SMILE...