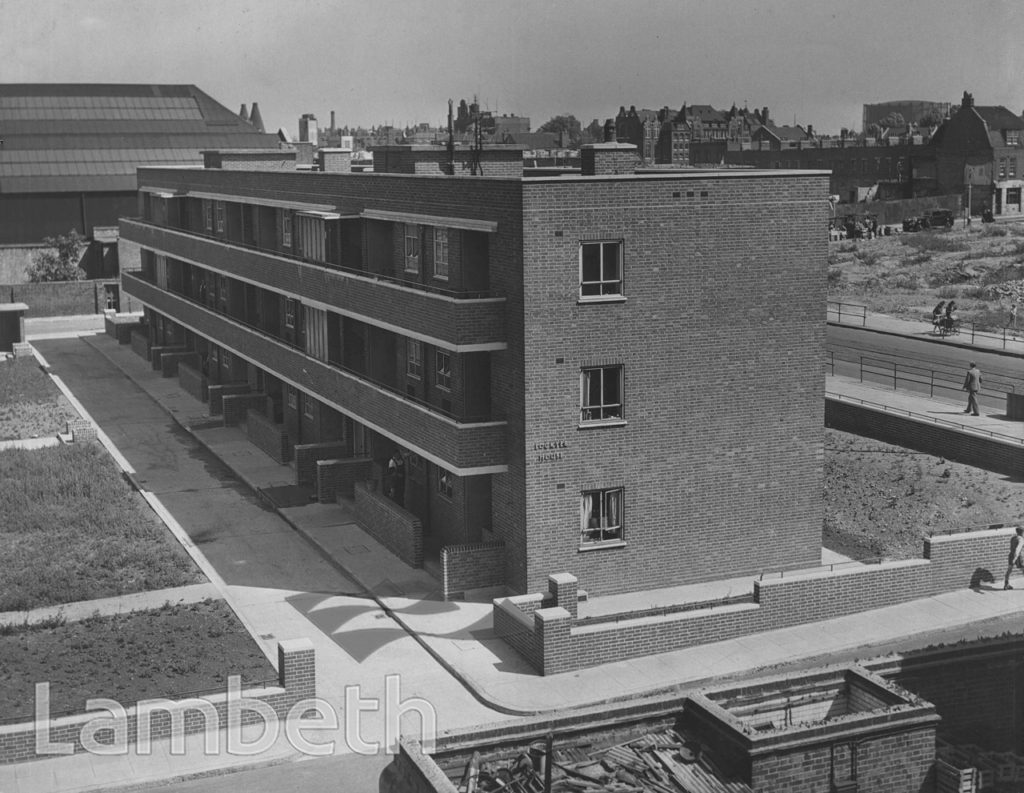 Lockyer House, a newly-built block of flats, part of the Heman's Estate extension, Hemans Street, off Wandsworth Road, completed in 1949 and named after a former mayor of Lambeth. This was the first housing estate completed by Lambeth Council.Ref: LBL/CE/PR/2/30a