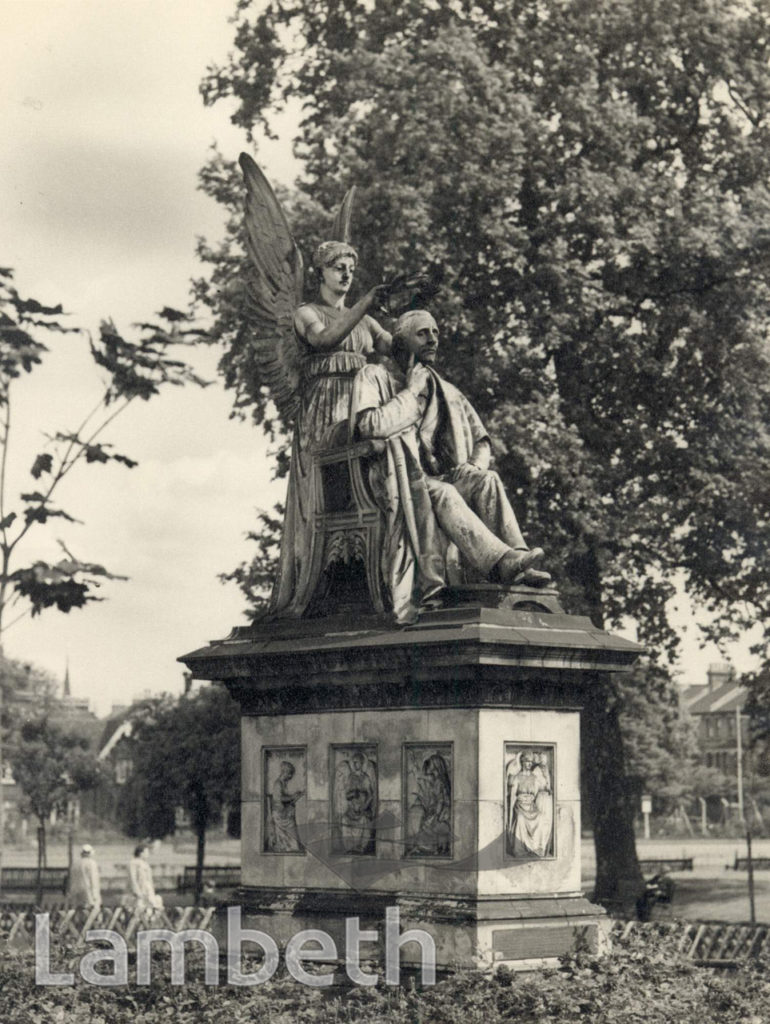 The statue of Henry Fawcett in Vauxhall Park, South Lambeth Road. The memorial was presented by Sir Henry Doulton and made by George Tinworth. It was placed in the centre of the park, but demolished by the council in the early 1960's. Fawcett's house stood on the site of the park, which was first proposed in 1887. Photograph by Wandsworth Photographic Services.Ref: SP1957