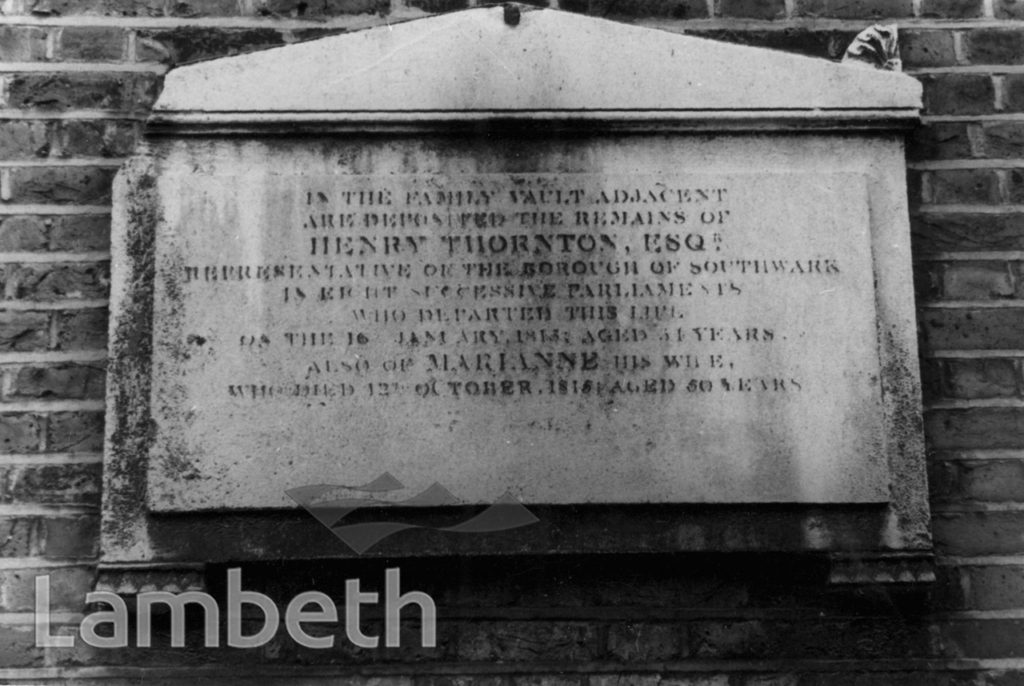 A memorial plaque on the wall of St Paul's church, Clapham, to Henry Thornton (1760-1815). He was born and educated in Clapham, and became the Governor of the Bank of England. He was Member of Parliament for Southwark, but most famous as a leading member of the Clapham Sect, who were instrumental in the abolition of the Slave Trade. He lived in Battersea Rise House on Clapham Common West Side. Henry Thornton School on Clapham Common South Side, was named after him. Ref: LBL/DTP/UD/2/1/8/243