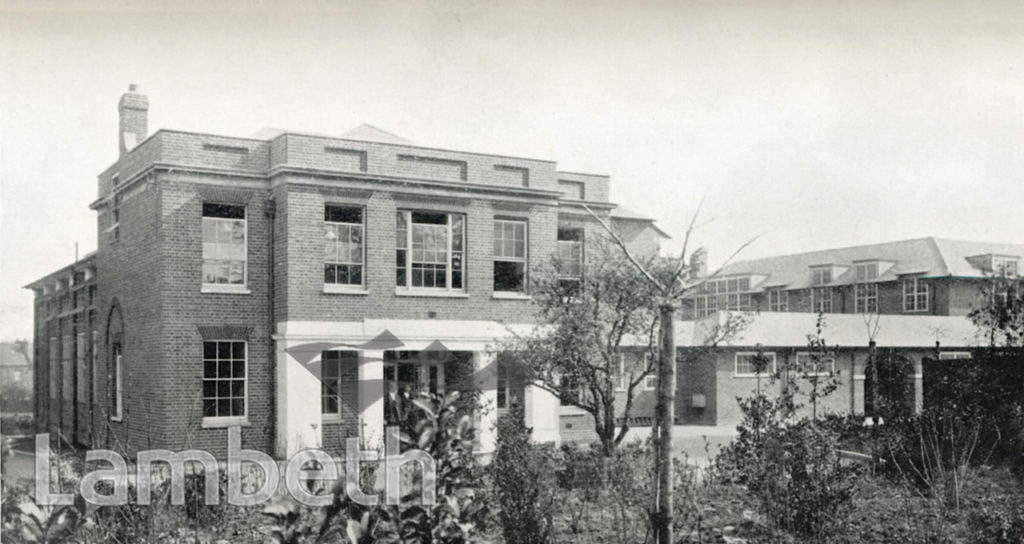 Henry Thornton School, Clapham South Side. Founded in 1894, the school opened at this site in January,1929. It stands near the birthplace of Henry Thornton, a leading member of the Clapham Sect, and was named after him. The school had many additions and alterations made to it over the years, but closed in 1987. In 1993 the buildings were refurbished and reopened as Lambeth College. Photograph in the souvenir programme of 'Clapham Exhibition' held at Henry Thornton School, 1939.Ref: S431/10 p.22