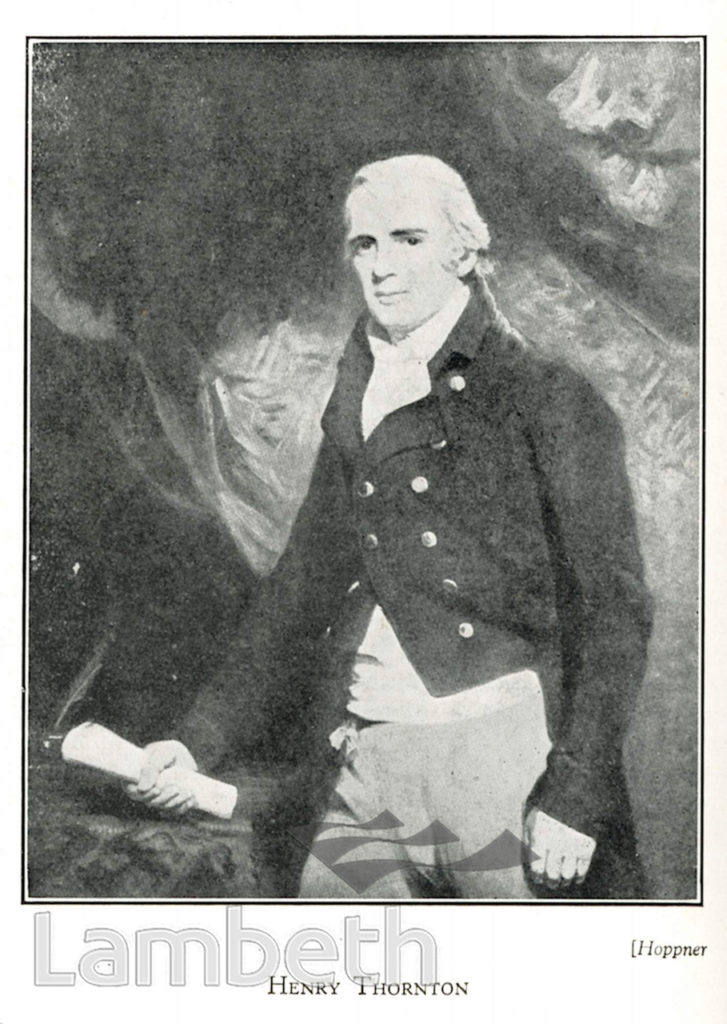 Henry Thornton, 1760-1815, was born and educated in Clapham. He became a leading authority on economics and was a Governor of the Bank of England. He was a Member of Parliament for Southwark, but most famous as the leader of the Clapham Sect, who were instumental in the abolition of the Slave Trade. Henry Thornton School in Clapham Common South Side, was named after him. His tomb can still be seen at St. Paul's Church, Clapham. B/W photograph of an oil painting by Hoppner from the Souvenir Programme of 'Clapham Exhibition' held at Henry Thornton School, 1939.Ref: S431/10 p.22