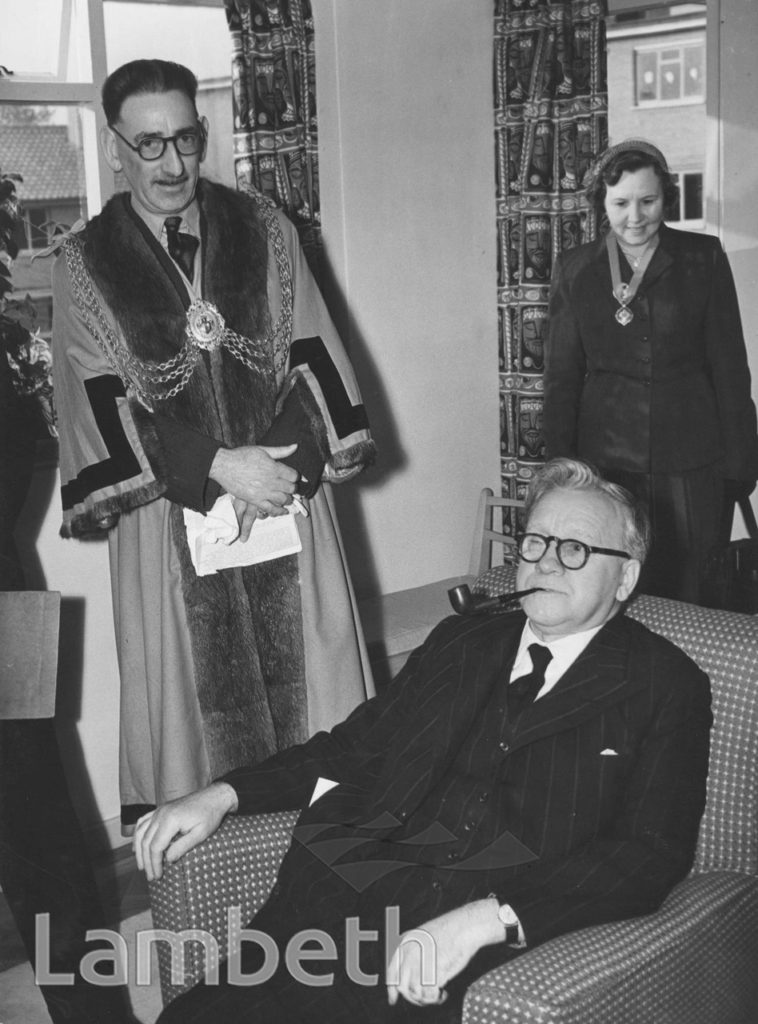 Herbert Morrison, with Mayor William Knight, in a newly-built council flat on the Studley Estate. Photograph annotated 'Furnished by the Council of Industrial Design to show that economy can well be consistant with good design'. Morrison, later Baron Morrison of Lambeth (1888-1965), was a Labour politician born in Lambeth. He became leader of the LCC where he unified London's passenger services into London Transport and created the Metropolitan Green Belt. He was made Home Secretary by Winston Churchill in the wartime goverment, having the Morrison shelter named after him. He served after the war as Deputy Prime Minister and Foreign Secretary and became the main driving force behind the Festival of Britain.Ref: LBL/CE/PR/2/113c