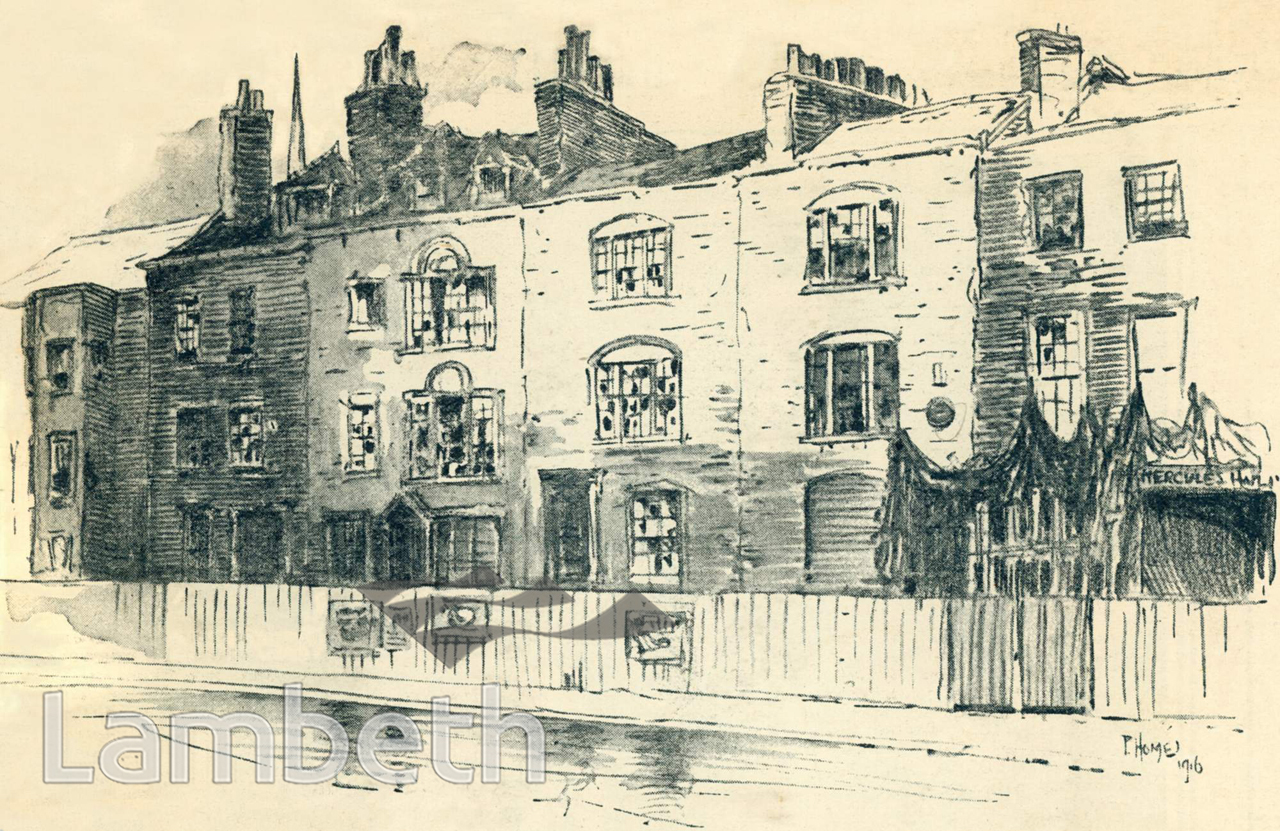 William Blake's Lambeth house (with plaque), part of a terrace called Hercules Buildings with the entrance on the right for Hercules Hall, formerly the home of Philip Astley. Originally called Hercules Row, the mid-18th century terrace of houses was built by Daniel Ponton, who was also the High Sheriff of Surrey. It was noted, 'the whole row of houses is in a damaged and derelict condition, and is palpably tottering to its end'. A drawing by Percy Home dated 1916 and published in The Sphere 10th February 1917.
#1901 - 1925  #BLAKE- William  #BUILDINGS / ARCHITECTURE  #HOUSING  #LAMBETH  #Print
⇐NEW EMPRESS THE...