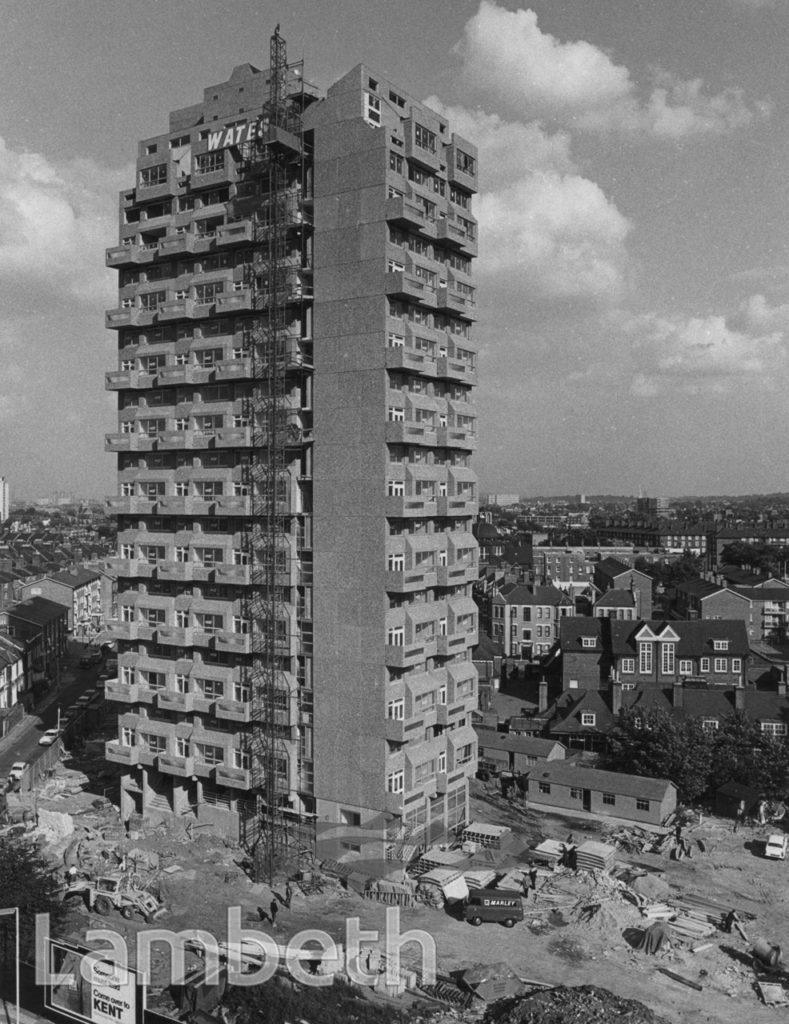 Holland Rise flats under construction on the corner of Clapham and South Island Roads. The completion ceremony was performed on the 4th November 1967 by Anthony Greenwood, Minister of Housing and Local Government: 'neither the weather nor the Rentacrowd interruptions detracted from the success' of the event. A letter from Ted Hollamby, Borough Architect, to the PR Officer regarding the invitation states: 'I think that this should not refer to "Wates industrialised building", but should say something like: "To mark the completion of the first block of Industrial construction, designed by the Council's Architect and constructed by Messrs. Wates." The block was constructed by 80 workmen using 3,720 slabs cast from 13,500 tons of concrete. Other facts noted at the time included: 2,000 light switches and points, 500 water taps, 3,500 panes of glass and 1,600 feet of cable for TV and radio. Eight identical blocks were built in Lambeth using this precast factory-built method. In May 1968 the Chairman of the GLC rejected Lambeth's application to name all industrial blocks as 'Rises' stating: 'Chairman does not like word Rise - suggests Point, Tower or House'. Briefly the block was known as Holland House.Ref: SP15/184/CLA.R.1