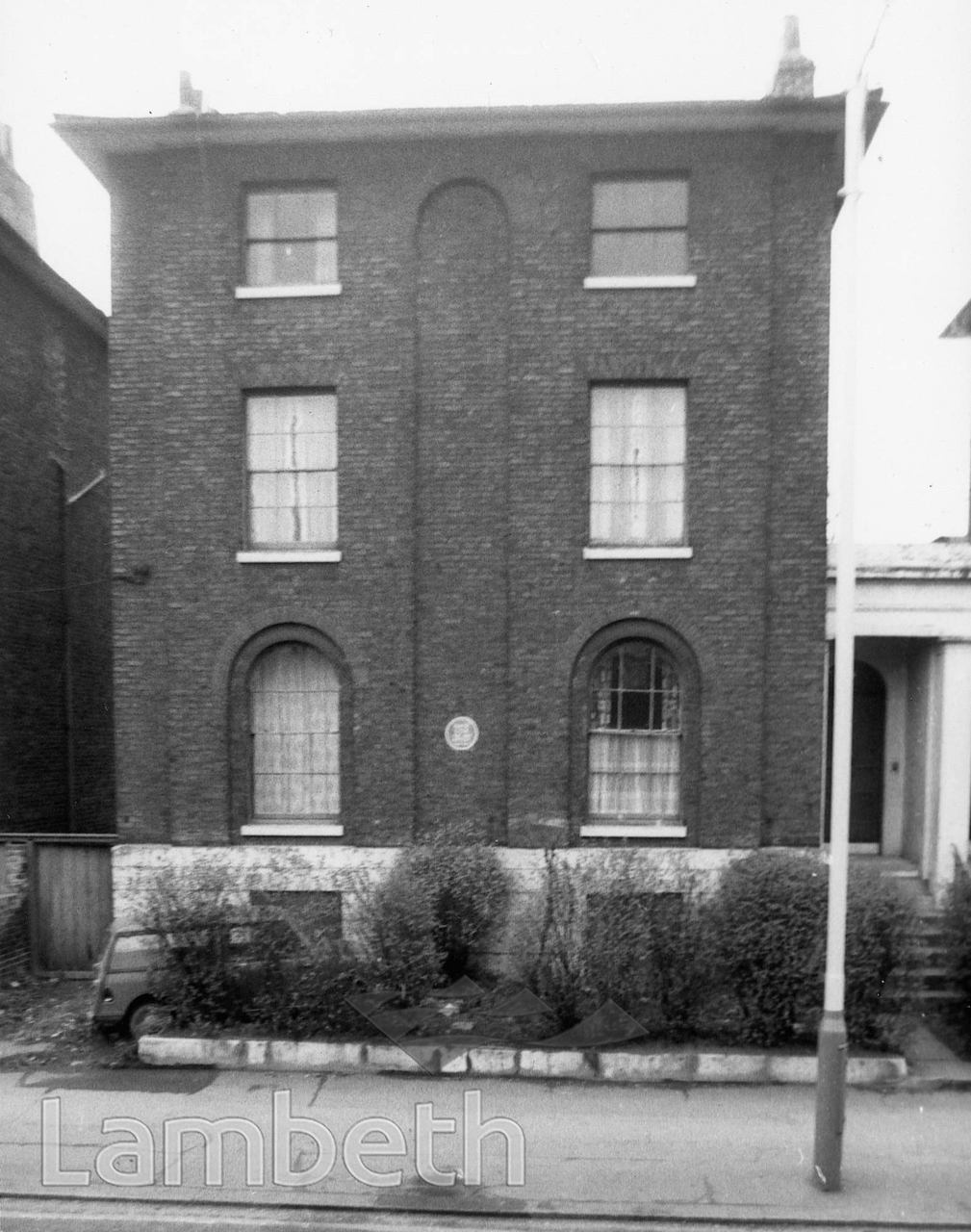 No.34 Foxley Road, Brixton North, with a blue plaque commemorating the artist David Cox, senior (1783-1859), who once lived in this house. Cox was the son of a Birmingham blacksmith who was encouraged to paint by a cousin. In 1804, he moved to London briefly working as a scene painter at Astley's Theatre. He married Mary Agg, the daughter of his landlady when living at 16 Bridge Row, Lambeth and the couple moved to Dulwich in 1808, their son David was born the following year. Cox exhibited regularly at the Royal Academy from 1805, although he had to supplement his income as a drawing master, moving to Hereford in 1814. He returned to London in 1827, living here - formerly 9 Foxley Cottages. Cox died in Birmingham and was buried in the churchyard of St Peter's, Harborne. His son David Cox Jnr (1809-1885) was also an artist and tutor, spending his latter years in Streatham and is buried in West Norwood Cemetery. Conservation Area Photograph dated 1967.
#1850 - 1875  #BRIXTON NORTH  #Conservation Area Photographs  #People  #Photograph
⇐PAPAL VISIT, LA...

THE OTHERS ARTW... ⇒