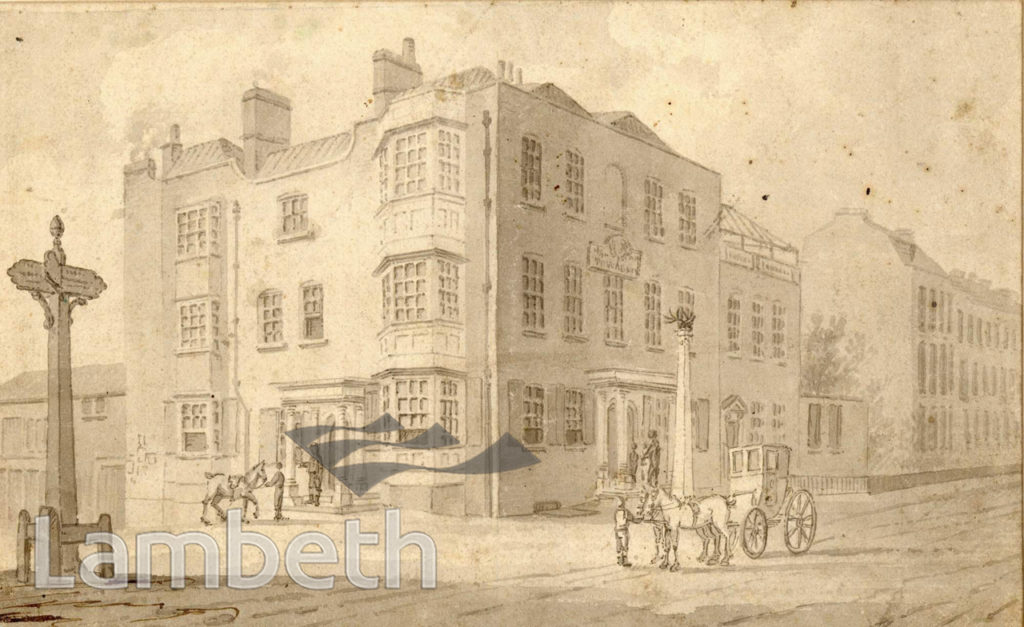 The Horns Tavern and Assembly Rooms on corner of Kennington Road and Kennington Park Road, opposite the Common. The first mention of the tavern, as the Green Man and Horns, was in 1725 when a Coroner's Inquest was held here, and later the Manor court met here, when the premises belonged to Thomas Ellis. It was renamed the Surrey Hotel and Tavern before finally becoming the Horns. In 1826 it was said to have 'ample accommodation' for the cricketeers playing opposite on Kennington Common, as well as an assembly hall. This hall became a popular venue for horticultural shows, and scientific lectures, but was destroyed by a bomb in World War II. Rebuilt in 1887, it was demolished c.1965 for an office development. Pen and wash drawing by an unknown artist, c.1780.Ref: SP13/608/HOR.1